The US President Donald trump will be realistic and to see all the “pitfalls” in relations with Russian President Vladimir Putin. This hope was expressed by Deputy Prime Minister for European and Euro-Atlantic integration of Ukraine Ivanna klympush-Tsintsadze.

She commented on the possible consequences for Ukraine because of the possibility of training the American President of the Executive decree on the abolition of sanctions against Russia, and expressed the opinion as scheduled on January 28 telephone conversation of Putin with trump.

“We’ve seen previous statements by the President of the United States regarding the fact that before they will understand a situation before they figure out the possibility as such, decisions will not be accepted”, – said Deputy Prime Minister.

In addition, she is convinced that during a telephone conversation with U.S. President Putin wants “to tell how he really wants to be friends”.

Also Ivanna klympush-Tsintsadze commented on the change of foreign Minister of Germany.

In particular, klympush-Tsintsadze stressed that the coalition government in Germany has a coherent policy. However, according to her, Germany is in the pre-election period of parliamentary elections, and hence the possibility of change in foreign policy.

“I don’t think it will change the attitude to achieve results, given the limitations of the “channel group”, and so I hope for a normal productive dialogue with Germany, which, of course, plays a very serious role to ensure that unity and support of the European Union towards Ukraine”, – said Deputy Prime Minister.

Thus, she expressed the hope that Germany will continue to support Ukraine. 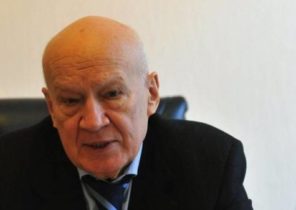 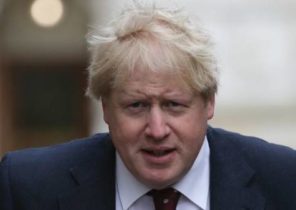