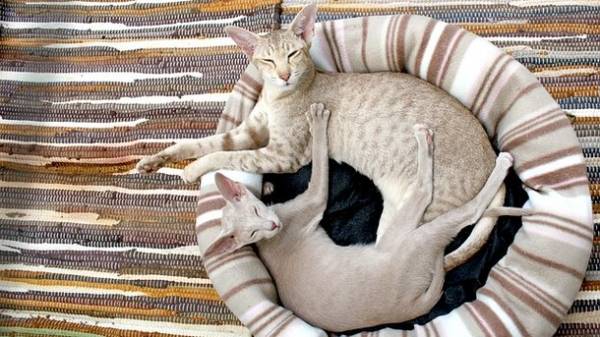 Manipulation of the tail in cats can detect their mood or intention. This was announced by the vet Carlo Siracusa at the University of Pennsylvania, who explained the reasons why cats move their tail.

If the cat starts to beat up tail, it means the willingness to attack or a nervous experience. If the animal seems asleep, but continues to hit the tail, this suggests that it is watching what is happening around.

Straight ponytail with a twisted tip means a greeting, straight without twist — aggressive intentions. If the animal is afraid of something, it usually arches her back and tail. The latter, being twisted to the ground, means that the cat took a defensive position. In a relaxed state, the tail of the animal gradually decreases down.

However, the vet believes that paying attention to the movement of the tail of a cat, it is possible to predict the mood and intentions of the animal just as in the case of dogs.