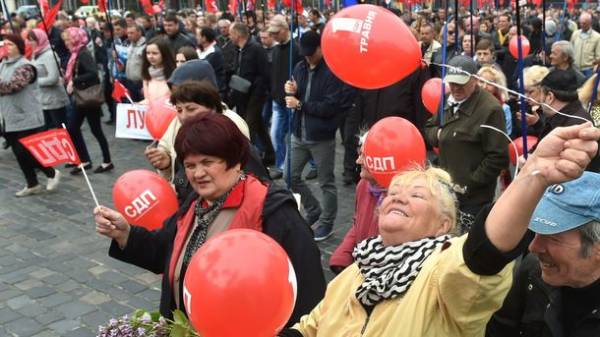 In the winery during the may day rally there was a skirmish, the press service of Ukraine in Vinnytsia region.

“About 20 young people who did not share the political views of the protesters tried to prevent the event and tried to snatch from the hands of the flags. A conflict situation was quickly stopped by police who pushed the crowd of guys and forced to leave the territory of the meeting”, – stated in the message.

Among the participants of incident of victims is not recorded.

This event is brought in the magazine of the Uniform accounting of statements and messages of citizens. Police established the participants of the event, their actions will be given legal assessment.

Earlier it was reported that the Nikolaev city Council banned in the city the mass action of the first and second of may.