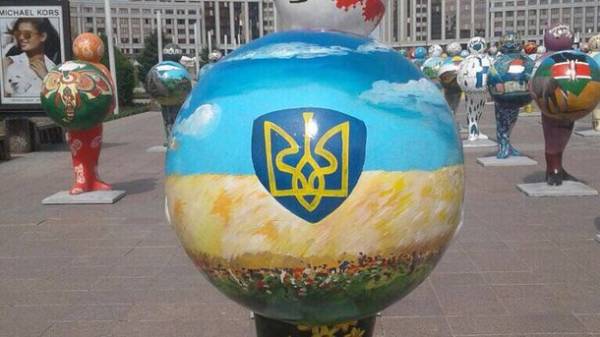 In the capital of Kazakhstan, Astana took art figure, where the map of Ukraine without the Crimea. This was announced by foreign Minister Pavlo Klimkin in his Twitter.

“Invalid card in Astana is no more. For the authenticity of the image the Kremlin is not the answer,” he wrote.

Newry map in Astan more no. For autenticnosti image of the Kremlin is not vdova 🙂 pic.twitter.com/8XJ47AXTfy

Earlier, Deputy Prime Minister – Minister of regional development, construction and housing and communal services of Ukraine Gennady Zubko in his Facebook said that the Ukrainian foreign Ministry sent a protest note to foreign Ministry of Kazakhstan in connection with the appearance of the map of Ukraine without Crimea in the framework of the cultural project “art fest” in Astana Astana.

We will remind, in the capital of Kazakhstan in the framework of “Astana art fest” posted 84 figures with flags and symbols different countries, however, the map of Ukraine without the Crimea. But on the map of Russia, the Peninsula appeared.

Media reported that the cards probably redrawn specially for the Russian President Vladimir Putin before his arrival in Astana.