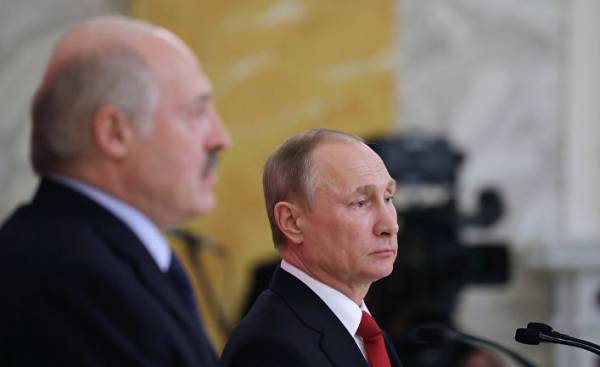 In the media headlines echoes today’s phrase of the Vladimir Makei about the difficulties of a diplomatic balancing act. They say that Belarus is “difficult to balance when the parties are so far gone in some militant rhetoric, the charges against each other.”

Under the sides of the head of the Belarusian diplomacy involves Russia and the West. But as a true diplomat, the Minister, speaking to the media on the sidelines of another “Minsk dialogue,” he said, not all.

Belarus hellishly hard to balance in terms of the wild roll in the direction of Moscow, which openly said in moments of emotional candor, Alexander Lukashenko. Another image from the same Opera: you can’t fly on one wing.

The problem is that, realizing the danger of this roll, the Belarusian authorities have neither sufficient forces nor the political will to overcome it. The second wing is clearly underdeveloped.

Moreover, the Belarusian diplomacy, although it looks professional enough, can’t jump above the waist. It depends on the specifics of the political system, but it is not the level of the foreign Ministry. You know, whose is the level.

The last may conference “Minsk dialogue”, dedicated to the 25th anniversary of the foreign policy of Belarus, the author of these lines put in front of the speakers the question was not whether the error was elected in 1990-e years the policy of “brotherly integration” with Russia. From a few former senior leaders of the Belarusian diplomacy, Pro-government experts had the opportunity to hear what the alternative was not that it was the people’s choice, etc.

Belarusians prefer to love Russia at a distance

Well, what about the people’s choice, let’s be clear. On the 1995 referendum question was: “do You Support the actions of the President of the Republic of Belarus, aimed at economic integration with the Russian Federation?” (was 83.3 per cent). Note: it was purely about economic cooperation. No word about the Union state’s constitutional act, the single currency, military integration, and other risky sovereignty games, which were then started under the guise of the will of the people.

In fact, there were three main motivations: the ambitions of the young Belarusian President, who has been following the Kremlin, where the rules draglevtsi Boris Yeltsin; the desire to pristimantis to cheap energy resources of the Eastern neighbor; the desire to hide behind the nuclear umbrella of Russia (under his canopy Lukashenko in 90-e years were much more anti-Westerners than Moscow figures).

As noted on the same may conference Minsk political analyst Andrei Kazakevich, isolation from the West for a time, perhaps was even “comfortable for the Belarusian authorities.” But in the end, according to the expert, “wild roll” in the direction of Russia was a mistake, in particular because “it was missed many opportunities for development of relations with the West.”

How sweet was in Nirvana Russian subsidies!

Add to this a few more strokes. Yes, there was a time when the expense of Russian subsidies, the Belarusian economic model Pro-Soviet type prospered, the standard of living of the people grew. But then Moscow has become meaner, beginning to demand more in return (and require that infringe upon sovereignty). And meanwhile the world went into a post-industrial age, high-tech, knowledge economy.

The Belarusian leadership is blind. Cheap Russian resources demagnetize, has generated skepticism about the reforms: why, if so?

Here thought, apparently, that until the end of time will successfully exploit the database of the Assembly shop of the USSR, as it was called once Belarus. But today, the effect of this base is settled, and attempts to modernize in the framework of the command economy failed (as recently as yesterday, Lukashenko denounced his subordinates for the failure to modernize the oil industry, earlier it turned out a bummer with the modernization of the woodworking industry, cement industry).

Besides, Russia itself is in need of modernization and is not able to become for Belarus a strong donor of advanced technologies. They cursed West. But as it turned out, the normalization of relations with the European Union, the USA depends on two barriers: rigid authoritarian personalistic regime type and excessive dependence on Moscow.

And these things are interconnected: the specificity of the mode forces the architect to huddle to Russia (despite the risks) because the West demands of democratization, human rights reform that threatens to break the system design.

External trade does not want to diversify

Today Makei is again reminded of Lukashenka’s initiative to host talks between the East (read: Russia) and the West with the participation of Belarus. Recently, the idea brewing in Minsk on the site of a new Helsinki process actively unwinds the Belarusian diplomacy and close to the authorities experts.

The prospect tempting. But this peacekeeping Paradise old sins are not allowed. In particular, at the previous conference “Minsk dialogue” Polish analyst Camille Klasinski said that Belarus could reconcile the Kremlin and the West, it should be neutral, meanwhile the country is part of the CSTO. And the achievement of neutrality (the pursuit of which is written in the Belarusian Constitution) is not even considered as a practical foreign policy challenge for the coming years.

Putin is no need to take Belarus roughly, tanks or troops

Yes, as it is a shame the Belarusian leadership, but many in the West perceive the Minsk as a Moscow’s satellite. And certainly I think the Belarusian army is part of the Russian military machine. Precisely because so much trouble in connection with the exercises “West-2017”.

In my opinion, these fears are overblown. Well Putin will not attack the Baltic States or Poland. And Belarus to occupy by brute force there is no need. Belarus in the trap.

See, here again — today our Minister of foreign Affairs said all the right things about diversification of foreign trade, task evenly spread it on the principle of three thirds (that is, equally between EEU, EU and the far arc). De facto this means that you need to reduce the share of Russia.

But this share in recent years has only grown! In January — April this year, for example, trade with Russia, according to the national statistics Committee, increased by 26.6% if negative the balance is 1.93 millliard $ (over the same period last year amounted to minus 1.76 millliard). Meanwhile, the trade turnover with the EU grew only by 5.9%. Moreover, and balance deteriorated markedly (11.6%) increased imports, but exports remained almost unchanged (an increase of only 1.6%). In short, a wild roll in foreign trade only increased.

Why is this happening? Because, in particular, that in the West we have nothing to sell except oil Yes potassium. And oil prices dropped, and oil and gas conflict with Russia (which is this last one “wild roll”) was hit on the income from their exports. The hopes on the revival of offshore oil are unfounded. Oil is unlikely to rise strongly, and the tax maneuver in the Russian oil industry objectively, you will cut off the margin of our refineries. All raw era ends.

Focus on long-range arc is also not give the desired effect. For example, trade with China, we generally disastrous negative balance. And here we have little to offer, except for potassium.

That’s made in the 90-ies bet on the free benefits of “brotherly integration” backfired today a dramatic gap between the advanced countries. But enhances the dependence on Russia, for example, the construction of nuclear power plants (huge Russian loan the Russian equipment, fuel).

As if still do not understand that integration with Moscow — this is the case, when the entrance — the ruble, exit — two. And two will not work. 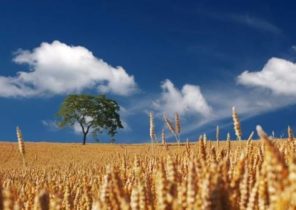 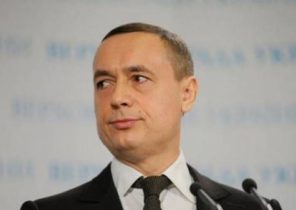