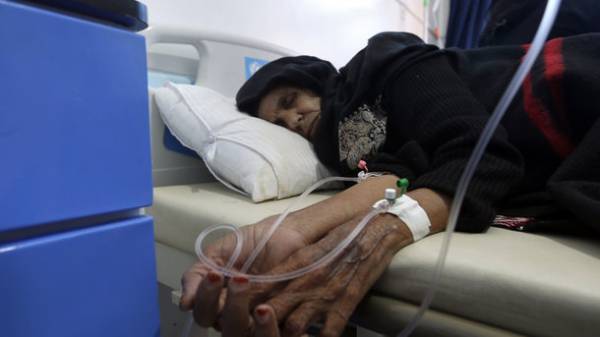 The number of deaths from cholera and diarrhoea in Yemen for the month was 500 people, reported RIA Novosti press-Secretary of the world health organization (who) Tariq BiH national jasarevic Azra on Monday.

According to the BiH national jasarevic Azra, the number of deaths over the past month, four times higher than similar data for the period from October 2016 to March 2017.

“All laboratory confirmed 373 cases of cholera”, he added.

The who representative noted that the organization may 25, was sent to Yemen plane with 67 tons of intravenous fluids and first-aid kits with medicines from cholera. This is the largest number of medical service, which was delivered to the country since the beginning of the escalation of the conflict in March 2015.