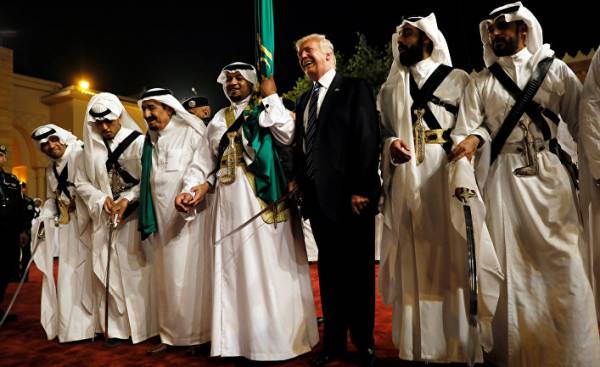 Tour of US President Donald trump, which began in Saudi Arabia, continued in Israel, Palestine, Vatican and the previous day was stretched to Brussels, gives some signals about the priorities of Washington’s foreign policy in the new period.

The Bush doctrine and Obama

In the period after 11 September 2001 foreign policy doctrine of U.S. President George W. Bush was more based on “pre-emptive operations.” And that meant early elimination of potential threats which can further take aim at the national security of the United States. Under this doctrine, the Bush administration intervened in Iraq after Afghanistan and overthrew Saddam Hussein. The middle East is still experiencing the pain of this invasion.

Barack Obama came to power after Bush promised to withdraw the military from Afghanistan and Iraq. The middle East was a burden. The US needed to focus on the Pacific, Latin America and Asia. Old enemies could become new partners. Obama, who approved the process associated with the conclusion of a nuclear agreement with Iran, managed to melt the ice in relations with Cuba. But the middle East has continued to haunt him. The us military, the bulk of which was withdrawn from Iraq, were partly back. This time they pulled together not only in Iraq but also in Syria, where he was a world war in miniature.

In an interview with the Atlantik last summer, Obama called the use of chemical weapons in Syria a “red line” and described his interference as a “violation of the script of Washington.” On the other hand, the middle East contributed to the formation of foreign policy doctrine of the Obama. Now, the USA did not fight directly with the assistance of its military, and using local forces, as in Syria, cooperating with the people’s protection Units — an offshoot of the terrorist Kurdistan workers ‘ party.

Arms deal with the Saudis

Now on stage — the new US President Donald trump. On his first foreign trip trump can say, has made interfaith tour, which started in Riyadh, continued in Jerusalem and reached the Vatican. But until yesterday, the most important step in the framework of this tour was a weapons deal signed with the Saudi leadership for the sum of 110 billion dollars. The agreement under which the United States can sell Saudi Arabia weapons for USD 350 billion in ten years, gives some keys to understanding the foreign policy trump.

When Iran due to the nuclear agreement, concluded during the period Obama came to the fore as a regional power, it was argued that this would increase Shiite influence in Syria and Yemen. While the strengthening of Iran has caused concern in the Gulf countries, primarily Saudi Arabia, relations with traditional allies, Washington and Riyadh, there was a cold. 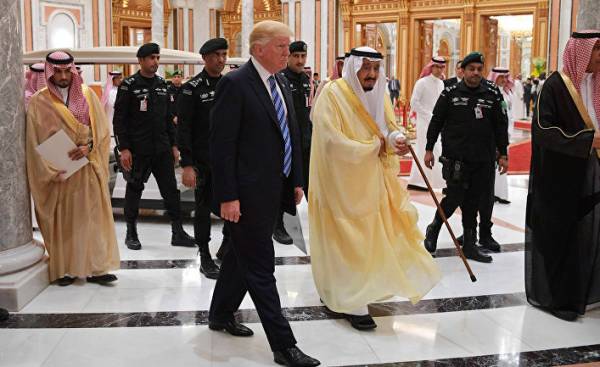 Thanks to the new arms deal with Saudi Arabia the United States after the UPS and downs in us-Saudi relations since September 11, 2001, back to Riyadh. The administration of the tramp, stimulating cooperation in the Arab world with Israel against Iran, supported by Russia and China, defends the view that military development Saudi Arabia will strengthen its positions in the fight against terrorism and will reduce the burden of the US military. While the American arms manufacturers like Lockheed Martin, Boeing, Raytheon, will reap the benefits of this transaction and in the US there ground for new business areas, human rights organizations warn that more weapons, the more human rights violations.

During his visit to Riyadh trump changed course in foreign policy, with yesterday’s visit to the headquarters of NATO was important from the point of view of the future of the transatlantic relationship. The US President, previously called NATO “legacy” organization, there were two messages to the Alliance. Distribution of the financial burden and more effective fight against terrorism. In the framework of the decision on the commitments taken by NATO allies at the Wales summit in 2014, each member must provide for the defense of at least 2% of GDP. While only a few member countries can achieve this goal.

Trump from the start putting pressure in the issue of the need for the allocation of these financial costs, or so-called “burden-sharing”. NATO, making the summit a symbolic step in response to this pressure, announced the decision to join the coalition against ISIS (banned in Russia — approx. ed.). In addition, NATO Secretary General Jens Stoltenberg (Jens Stoltenberg) said the progress made by the members of the Alliance on the issue of defense spending in recent years. Not only Riyadh but also NATO, the US President leads to a military development.

To talk about any doctrine Donald trump, who began work only in January, yet.

Nevertheless it becomes clear that the important points of the President’s foreign policy trump will “put America first” (America first) and “burden-sharing” with allies (burden sharing). We saw this during trump’s visit to Saudi Arabia, and on the negotiations in Brussels. 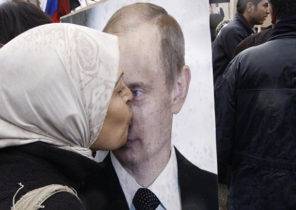