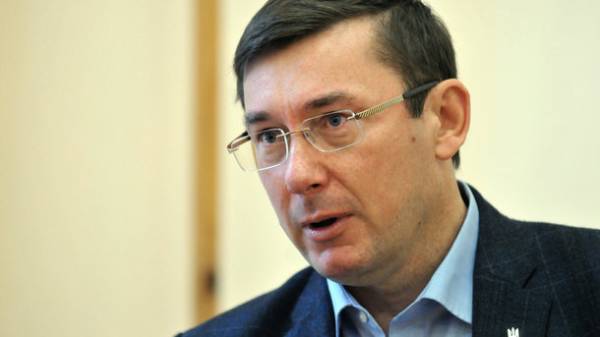 People’s Deputy of Ukraine from the group “Renaissance” Gennady Bobov paid around 37.9 million UAH of tax arrears to the state Treasury account. About this on his page in Facebook on Friday, may 26, reported the General Prosecutor of Ukraine Yury Lutsenko.

“The people’s Deputy Gennady Bean kept his word and paid a certain amount of GFS tax arrears 37 million 866 thousand UAH 045 02 kopecks at the expense of the state Treasury,” wrote the attorney General.

Press Secretary of the Prosecutor General Larisa Sargan, in turn, explained that the presentation on the lifting of parliamentary immunity be withdrawn after the decision of the investigator on closing of corresponding criminal proceedings.

Recall, MP from the group “Renaissance” Gennady Beans, which is submitted to the Verkhovna Rada representation about removal of parliamentary immunity, stated that he had transferred to the state budget all funds that required law enforcement.

As it became known, representation about consent on bringing to criminal liability Gennady legumes submitted to the Supreme Rada of Ukraine, but the relevant Committee before it reported.