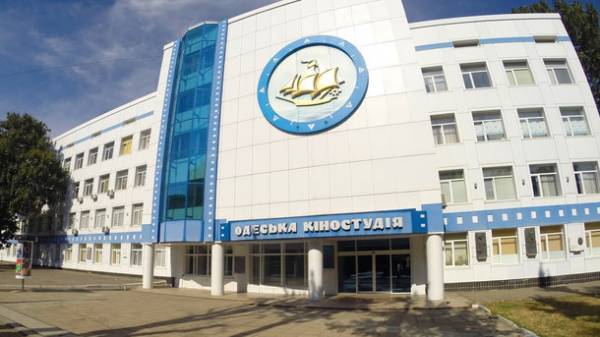 Ukrainian cinema this year marks 110 years. So much time has passed since the opening of a small private Atelier in South Palmyra, which eventually turned into the Odessa film Studio that gave us “D’artagnan and three Musketeers”, “Spring on Zarechnaya street,” “Prisoner of Zenda”, “the meeting Place cannot be changed” and rocked the whole world Directors. “Today,” visited the Studio and found out what filmmakers can boast of now.

The film Studio territory resembles the Park, on which are scattered a few dozen small buildings, pavilions, workshops, and warehouses. In the unfinished skyscraper that was erected as a new administrative body before the 1990s, now not even players in paintball.

“Restore the film and will restore the building,” — said the press Secretary of the film Studio Ekaterina Butenko. Also I have plans to restore the unique pool for the filming of the sea battle scenes. “Our pool is very good location because the horizon line coincides with its edges and props smoothly into the sea. Water pulled the ships are about a meter or two in length, and all large-scale scenes were filmed here,” said our guide. 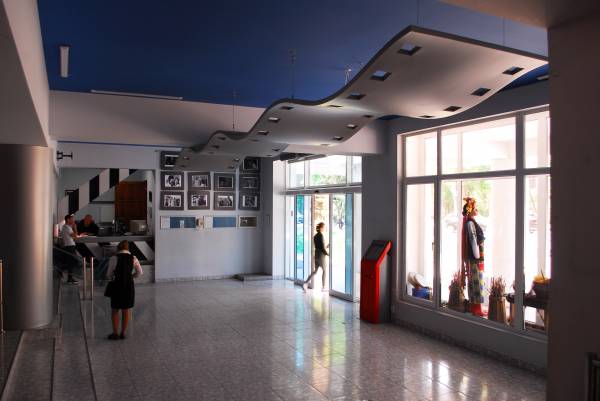 Foyer. The walls are decorated with scenes from famous movies 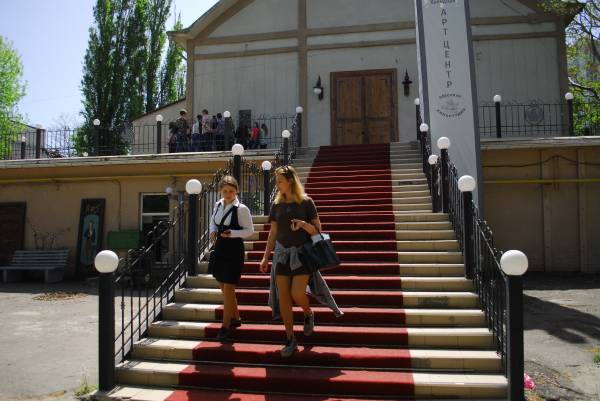 The art center. For screenings and festivals

REVIVAL. But the primary goal of the Odessa filmmakers — to bring back the scale of filmmaking. Odessans are increasingly involved as equal partners in a joint shooting and preparing to shoot their films.

“Every year, increasing financial support, we even got a grant for one of our projects”, — told “Today” head of the Department of creative initiatives Julia Novak. And the Director on filmmaking Svetlana Pelevina adds: “In the last five years, we see a real cinematic boom. To be a Director, cameraman, actor is again fashionable.”

Now working here not more than a hundred employees — the administration and technical staff. “The whole creative part is deduced for staff, Directors and writers, and all over the world — freelancers,” says Pelevina. But even on a day off for many people. “Don’t even know how timely you are! Now downloadable costumes for two paintings, one in Belgorod-Dniester go, another in the center of Odessa off. Work!” — is the head of the Department of the filming Lydia Sobchenko, which is responsible for props and costumes.
Getting ready at the Studio and to the celebration of the 110th anniversary. Promise to organize large-scale festivals and please the fans, opening for them a new Museum movie. “There’s been a lot done for the first time”, — with pride speak of the Odessa film Studio and promise to keep the brand. 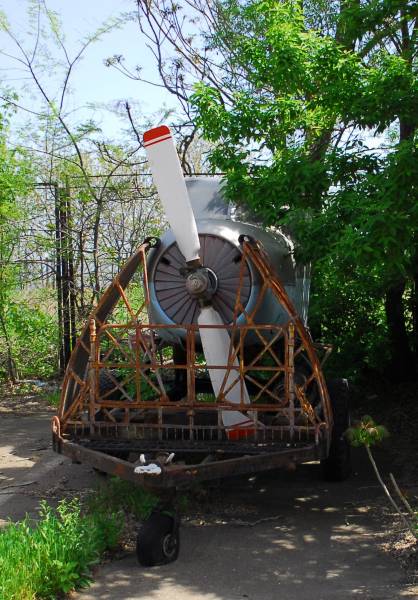 In the shadows hid the plane 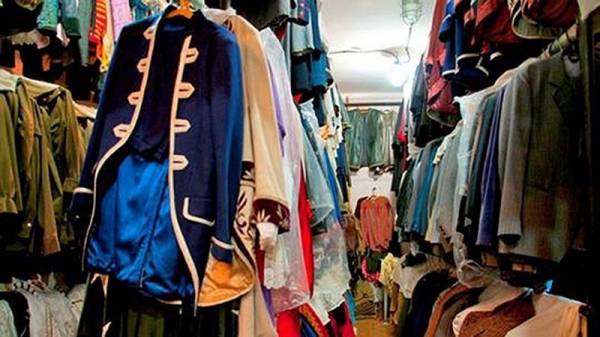 Thousands of costumes for all occasions 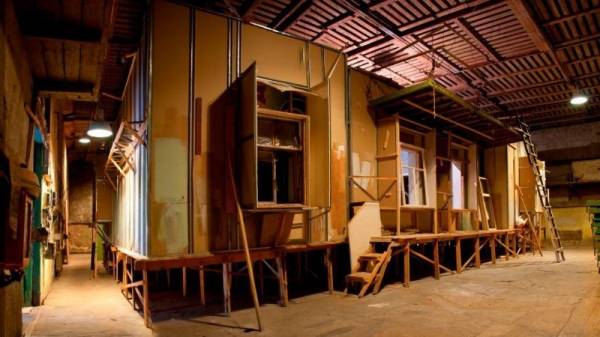 The Story Of Teddy Jap 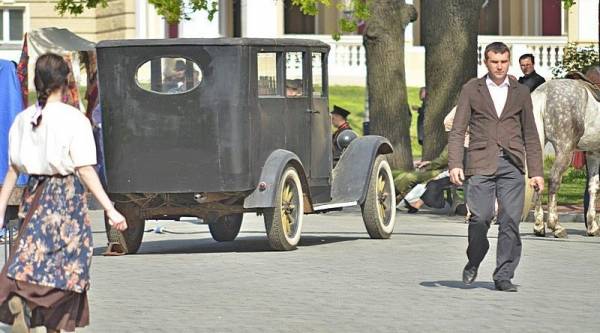 In the halls of the Odessa film Studio actively make films and TV shows. For example, in early may on the streets of South Palmyra were shot scenes for the series “Souvenir from Odessa” written by Ukrainian writer Andrey Kokotyukha, based on the book by Valery Smirnov “Coffin from Odessa”. The screen will show the city the early 1920’s and tells the story of Mishka Yaponchik, Grigory Kotovsky, and other colorful characters. “Most of it was shot in Kiev, but as a souvenir from Odessa, it also removed some of the scenes” of the Studio. 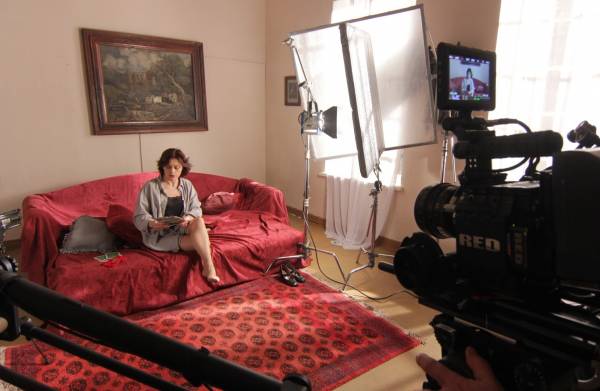 In April at the Studio were shooting the teaser trailer for the film “the Dance” based on the play by Swedish writer August Strindberg’s “Dance of death”. However, the film only hope to remove. But the shooting of a teaser, I assure you at the Studio, the first important step towards advancing the film project. “The script ready, the art concepts of the characters and locations planned for the initial casting,” say the filmmakers. By the way, the main female role in the teaser was played by the famous actress of the theater “Maski show” Natalia Buz’ko.

Political prisoners after the war 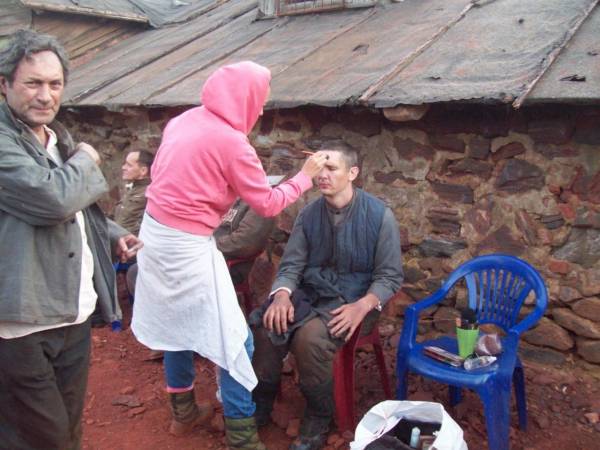 Full movies “Chervonyi” Odessa film Studio was filmed in co-production with private production center. The tape will tell about the life of Soviet political prisoners in the postwar years. In Odessa captured the “pavilion” part of the film — the events that occurred in buildings, “nature” is filmed in Kryvyi Rih and Volyn region. The film will be released in the summer.

“FAREWELL TO THE DESERT”

Another movie that film was shot in co-production, “Farewell to the desert.” The film tells about the life of poet Taras Shevchenko in Kazakhstan, in particular on the last months before returning from service. Part of shooting held in Kazakhstan. Now employees of the Studio help with the production process in Belgorod-Dniester, Odessa region. “There have already built the scenery, now we take props and lots of costumes,” — said in the Department of pre-production.

The uprising in the Kholodny Yar 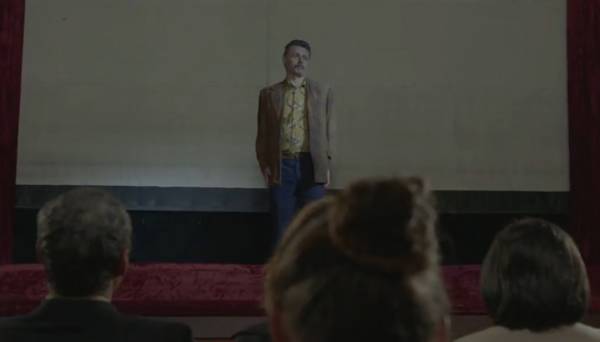 Historical picture of the “Occupation” of the uprising in the Kholodny Yar in the 1920s Odessa filmmakers shoot for the state jointly with the Kiev production centre. Shooting was to start in 2013, but the project several times, “preserved”, changed names and Directors. In 2015, when 70% of the tape was ready, came a new Director and decided to change the concept. This year he released the official trailer of the film, and the Odessa film Studio confidently say: “the Film prepares to premiere”.

Love and your strength 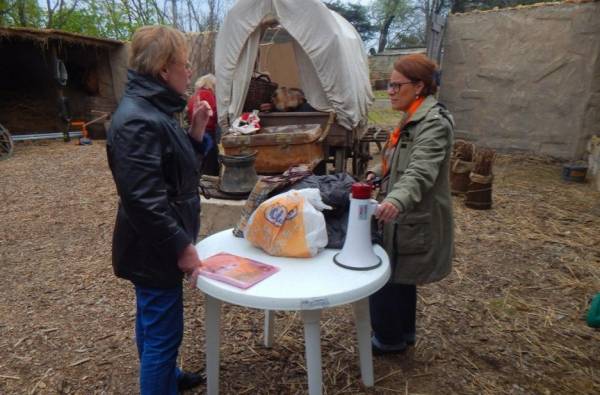 Today at the Studio I hope to remove the serial film “Memory of sun”. The creators promise apolitical movie about love and about the history of Odessa. “The tape will tell you about people of different nationalities, who lived in the city at the beginning of its history. It will be an adventure love film”, — announce the project in the Department of filmmaking.

A TOUR OF THE STUDIO AND FESTIVALS

The Studio is not only involved in the filming of movies, but conducts tours for the curious and makes his contribution to the Odessa international film festival. As a rule, there is an event of the professional section. “We also participate in presentations at the film festival,” — said the head of the Department of creative projects Julia Novak. Here and spend the Next children’s film festival, in which young moviegoers are taught to operate the equipment and even give to try yourself in the role of producers and operators. But the tour at the Studio carried out not only for children, but for adults, because to learn the secrets of the movies want. 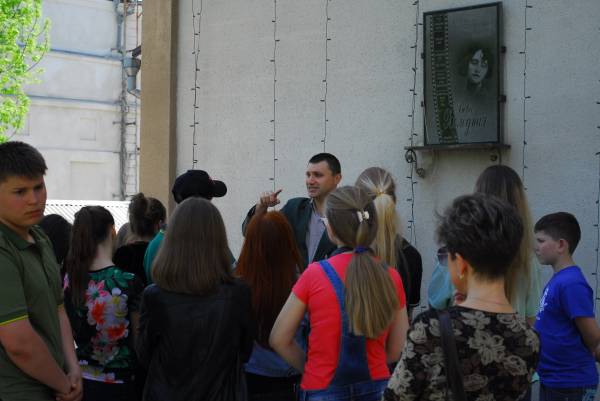 Tour. Learn the secrets of the movies come adults and children

NEW MUSEUM: ON THE OTHER SIDE OF THE SCREEN

In the largest pavilion at the Studio in all is a work on creation of the new Museum of the history of cinema. “People’s interest in the film industry grows, many wonder what is happening on the other side of the screen. We want to recreate the cinema of the time, when the movie was made: to supply sound and lighting equipment, cameras of that era,” says the head of the Department of creative projects Julia Novak.

Crossing the threshold of the future Museum, we find ourselves in the ballroom of the tape “D’artagnan and three Musketeers” and feel ourselves to be guests of the Palace of Versailles: the walls are decorated with stucco, on a semi — Golden Royal patterns and carved furniture. Luxury room, where the waltz circled the king and Queen and their subjects, smoothly into the room Bonacieux with the famous horns on the walls and miraculous Cabinet. 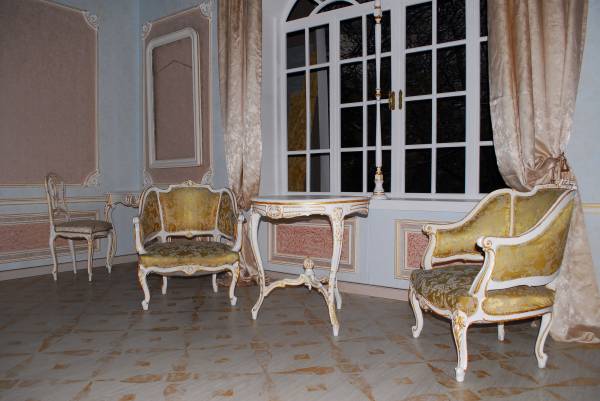 Ballroom. The filmmakers accurately recreated the interior of Versailles

“See how the hand carved knight rubbed? It is our good luck: tinder the hand of those who want to get married or to marry”, — told us head of the departments of props Lydia Sobchenko. Just behind the wall of the room Bonacieux lived cardinal Richelieu, as evidenced by the large picture of the character of the intriguer. “This is a portrait of actor Alexander Trofimov, who specially for the film written props. It is well preserved, some restored our employees”, — not without pride, said Sobchenko. By the way, next to the Royal hall hid the door to the dungeon from the film “Prisoner of If castle”. 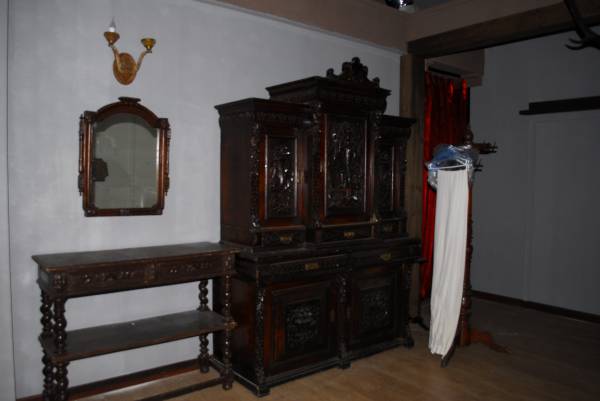 Room Bonacieux. Knight on the Cabinet to bring good luck in love

Note that for the new Museum has allocated the largest room of the Studio: in the pavilion area of over 600 square meters, will set more than ten film sets created for cult films. 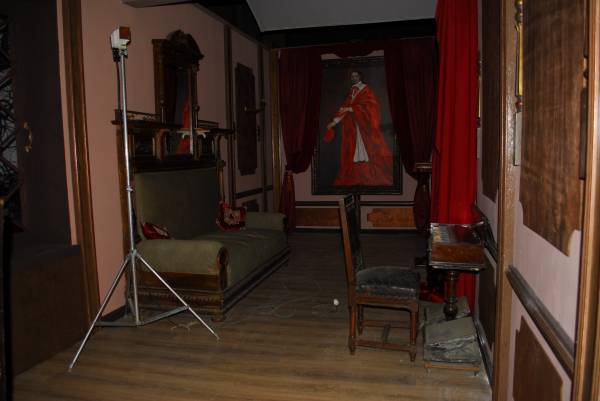 The chambers of the cardinal. The portrait was written with the actor specifically for the film