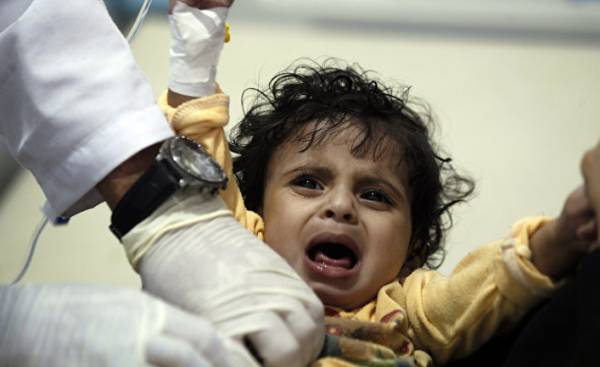 For more than two years in Yemen rages a bitter civil war, but in the last few weeks broke another battle whose victims increase every day.

It’s an epidemic of cholera. Cholera is a ruthless Reaper, collecting every day hundreds of people, making no distinction between gender and age. The epidemic every day children die, old people, men and women. In the capital, Sana’a declared a state of emergency, after the government of Yemen has become difficult to control the situation. Began to increase the number of people infected with cholera citizens due to the lack of appropriate medical services were previously available, which simplifies the spread of the epidemic.

The world health organization in cooperation with the government of Yemen established in Sana’a tents to provide assistance to people infected with cholera, the number of which is increasing every day. Hospitals and medical centers were overloaded patients. And people found difficulty in drug supply over unpaid civil servants salaries for eight months.

A cholera epidemic is raging not only in the capital, Sana’a, but also spread to some provinces and cities, including in Aden. All this contributed to the absence of many essential services to the population, especially the cleaning of the accumulated waste on the streets due to the strike of cleaners in the absence of wages. Political activists are calling a campaign for cleaning of territories in various cities of the country.

In a conventional war where soldiers face to face and use different types of weapons, innocent people are dying is not their fault, and in the wars, the epidemics, the victims have a greater number of people due to the lack of important for the public services and the collapse of economic institutions, including the Institute of health.

The biggest concern today is the complete destruction of Yemen as States, which have ceased to function simple state institutions. And there are fears that the health care system is completely broken and save the victims of the epidemic will be impossible. In this regard, the world health organization to the United Nations calls for help to rescue the Yemenis from death. She believes that the delay in this matter will contribute to the deterioration of the situation in different regions of the country and will lead to a major catastrophe. 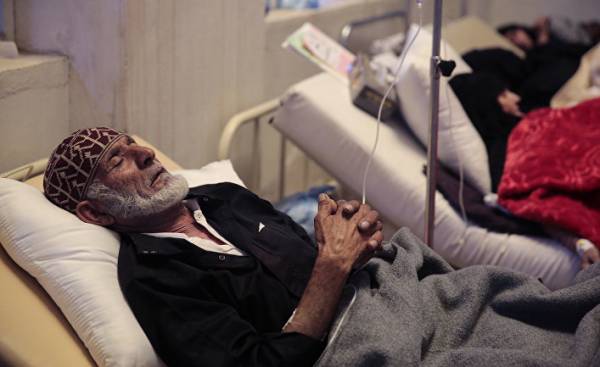 All this comes at a time as the warring parties still have their fingers on the trigger. Recruitment of children for their participation in the fighting in full swing. The situation could become even harder in the future and get out of control if there’s nothing to do and not to speed up the rescue of the population.

Policy responsible for what is happening today in Yemen, insist on continuing the absurd war that is raging in all regions of the country, instead of trying to stop the destruction of what remained of the weakened state structures and to pay attention to human suffering, which are increasing every day. War is not only armed conflict. It has penetrated into all spheres of life, condemning citizens to suffering, hunger and disease.