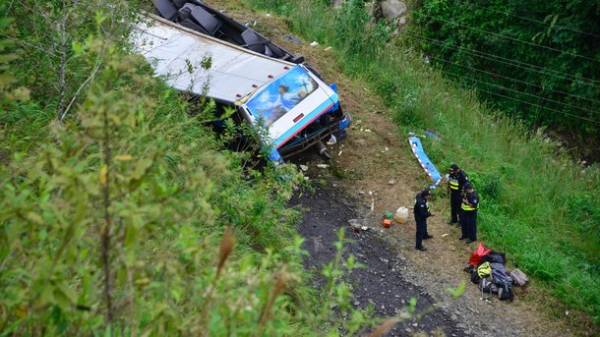 In the Mexican state of Chiapas in a car accident at least 16 people were killed and another 25 were injured.

The tragedy occurred on the road between the municipalities Motozintla and Huixtla. A passenger bus fell into the gorge with a depth of about 100 meters. In the transport were members of a religious sect.

According to preliminary information, the cause of the accident was speeding.

At the scene working rescuers. The victims were taken to the hospital Motozintla.

Earlier it was reported that 18 people were killed in transport accidents in Panama – speed bus fell off the bridge into the gorge.