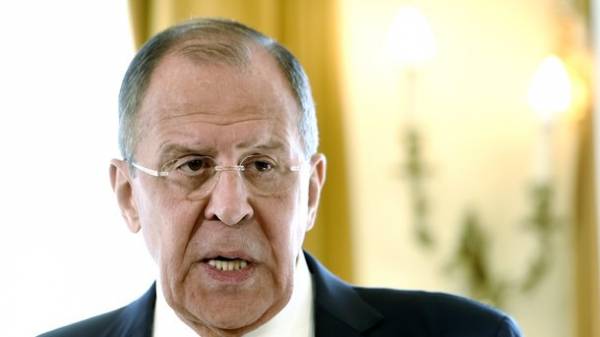 The topic of today’s talks between US President Donald trump with the head of the Russian foreign Minister Sergey Lavrovym will be the possible joint participation of Russia and States in the solution of problematic issues in the triangle Syria-North Korea-Iran, and the summit – Donald trump and Vladimir Putin at the G20 summit in Hamburg in early July. Comments about this “Today” said program co-Director of foreign policy and international security of the Razumkov Center Mykhailo Pashkov.

“This is the second round. Tillerson was already in Moscow, met with the Russian leadership, therefore, the meeting trump and Tillerson with the Bay – kind of a step back. In any case, the us and Russia have something to talk about. Moreover, given that the situation is quite problematic. The subject of this will certainly become possible participation of Russia and States in the troubled triangle Syria-North Korea-Iran and the summit. Of course, Ukraine is interested that the order of the meeting was in our favor (first trump and Poroshenko – Ed.). But in this case it does not matter. Tillerson met with the Ukrainian leadership, more or less the situation is clear, trump is included in this agenda, though gradually, but more aware of this situation, including through Tillerson”, – said Mikhail Pashkov.

With regard to possible US involvement in the “Normandy format” negotiations on the Donbass, what was said today by the foreign Minister of Ukraine Pavlo Klimkin, according to the expert of the Razumkov Centre, the decision will be for the American side. “Certainly, there is such an active diplomatic work of Ukraine at the informal level by the involvement of Americans in the “channel format”. In this case, the Minister of foreign Affairs of Ukraine announces some of the possible steps of the American side. And when it is – also another question. Why? There are a number of problematic moments. First, it is connected with personal participation of France in the “channel format”. France just got a new President, soon to be the new foreign Minister of France… Who will it be, is open to question. Especially in June, elections in the French Parliament. And then in fact immediately after the start of the election campaign in Germany. Now the “channel format” is not what is put on pause, but the phase delay is present. So now the participation of the United States problematic,” – said the expert.

On the other hand, the US has other levers, channels, and contacts, including with Russia on the issue of Donbass. “If we remember the previous formats of relations on this issue (the Obama Administration and Russia), there was established a mechanism Nuland-Surkov (contacts former assistant Secretary of state Victoria Nuland, a Russian presidential aide Vladislav Surkov – the Author). The US presence in the Normandy format would be desirable for Ukraine. But the Americans will act outside the framework of this format too. It is more important not in itself a formal presence of the Americans in the Normandy format, and their position, and help focus on solving this problem, in the framework of the format and outside. A quick solution to the US for their participation in the “Normandy format” to say no. Moreover, it seems to me that Americans still wait, how will be the “third” round of elections in France and the situation with the elections in Germany,” summed up Mykhailo Pashkov.

We will remind, today in Washington, U.S. Secretary of state Rex Tillerson will hold talks with Russian foreign Minister Sergei Lavrov. According to the state Department, on the agenda issues of the conflicts in Syria and Ukraine. In particular in Ukraine, the parties intend to discuss the need to stop the violence in the East of Ukraine and resolve the conflict through the full implementation of the Minsk agreements.