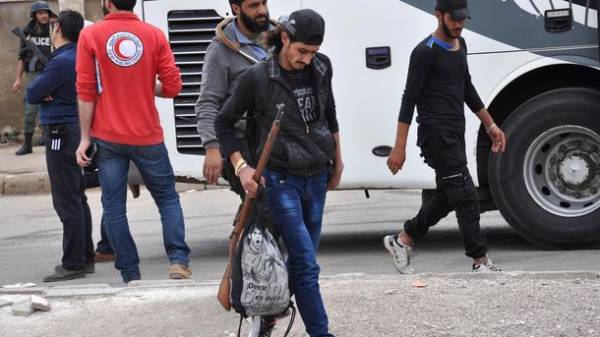 The withdrawal of the militants from the neighborhood of al-Waer in the Syrian city of HOMS is over, the last column of them moved in the direction of Jerablus. Now the city was entirely under the control of the Syrian army.

In the heart of HOMS, according to Syrian police officer, leaving only civilians, who did not want to leave their homes. “After the quarter will include engineers, a decision will be made whether to allow media representatives to personally see the last released quarter,” he said.

At the moment, over a quarter of observed black smoke, its causes are unknown.