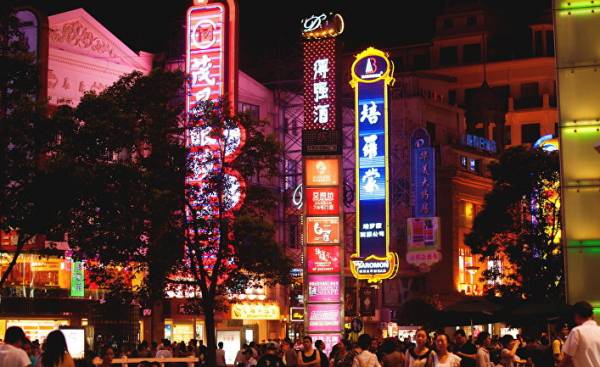 On Tuesday (16 may) President XI Jinping met with Secretary General of the liberal democratic party (LDP) of Japan, Toshihiro Nikai who took part in the international economic forum of “One belt, one road” (the LDP is the ruling party of Japan — approx. ed.). XI Jinping called Nikai “an old friend of the Chinese people”. The Japanese side attaches great importance to this meeting. According to an interview Nikai, during the meeting, which lasted 17 minutes, he gave XI Jinping “imbued with courtesy” letter to Shinzo Abe. According to other media reports, Abe said that if we can get rid of some doubt, Japan will consider the possibility of joining the Asian infrastructure investment Bank (AIIB).

In relation of Japan to China occur subtle changes. Many believe that sending a representative to the forum of “One belt, one road” and talking about the possibility of the participation of Japan in the AIIB, the Abe government evinces good location to Beijing. What prompted Abe to change his attitude towards China?

In such changes there is a certain proportion of the experiment, moreover, the Abe government is making these steps under real pressure. In recent years in areas affecting Sino-Japanese relations, a new pronounced trends.

First, stabilized Sino-American relations. Meeting trump and XI Jinping at the residence of the Mar-a-Lago was very successful. America has lowered the tone on tensions with China on the issues of the Taiwan Strait, the South China sea and other issues. Moreover, trump always gives a positive assessment of China’s position in such matters as the nuclear issue of the DPRK, expressed the desire to strengthen cooperation with China. The United States sent a representative to participate in the forum of “One belt, one road”, the U.S. Embassy in China has established a working group “Belt and road”. This may be in Tokyo creates a sense of pressure and concern that a zero tolerance policy towards China could plunge Japan into isolation.

Second, trump officially withdrew from the agreement on the TRANS-Pacific partnership (TPP), and abandoned the strategy of “rebalancing Asia Pacific”, which can also create some difficulties for Tokyo. Previously Japan’s policy toward China was closely associated with this American strategy. Now, it seems that her left one on the front.

Third, China successfully implements the operation of the AIIB and the strategy of “One belt, one road”. And while Washington demonstrates its opposition to globalization and free trade areas, in the public opinion of Europe is the voice of hope on the awarding of China’s “leading role”. In addition, the number of members of the AIIB has reached 77, which exceeded the number of members of the Asian development Bank, which for several decades has the American-Japanese leadership, their number is 67. Currently among the group of seven (G7) to ABII joined only the U.S. and Japan. This situation can create in Japan a feeling that if she continues to act the same way, it will be harder and harder to stay afloat.

The attitude of Japan to China has not changed fundamentally. The idea of strategic competition and rivalry with China for leadership in Asia is firmly rooted in the right wing of the Japanese elite. These people still not accept the reality of China’s rise and dump of the grievances received in connection with the US pressure on Chinese-Japanese relations.

However, constantly changing the balance of power between China and Japan, as well as a new balance of power in Asia Pacific in the end have a role to play. Besides, China’s policy towards Japan remains much the same: China does not make concessions to historical and other matters of principle, not specifically strengthens the competition between countries, do not oppress Japan in the international space. Therefore, the confrontation between Beijing and Tokyo is time-consuming and pointless process. Japan is difficult to avoid minor changes and fluctuations.

The current situation is very unfavorable for the hard policy of the government Abe against China. In order to behave this way Japan should be strong enough to be at par with China also requires the unity with America, however, none of these conditions are obviously not satisfied in full.

After the defeat of Japan in world war II, its territory was occupied by American troops. Today in Japan there are still many American military. Calling each other allies, the US and Japan still exist in the relationship of occupier and occupied territory. Political consciousness of Japanese society has long been deformed. There is a certain contradiction between the depression due to the rise of China and comprehensive submission to America. With such contradictions, some Japanese people pour out their discontent.

Specifically, this dissatisfaction manifests itself in the fact that Japan creates geopolitical deadlock in Sino-Japanese relations. Now to do it again, she needs not only to seriously rethink its strategy, and constantly increase the impact on the global level. Now apparently this process has started, but before any drastic changes are still very far away.

China needs to realize that he already is leading in the control of Sino-Japanese differences. Therefore, China should actively respond to each manifestation of good relations with Japan. At the same time not be returned to their former positions in Japan. The time in China, and we can be ready for anything.