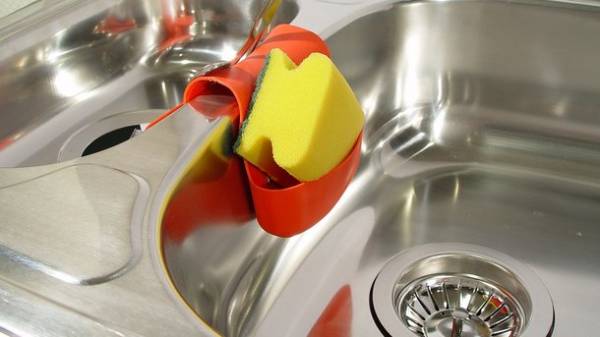 The kitchen can be a real breeding ground for germs. According to a new study of American scientists from the Drexel University, the purity of most of our home kitchens do not meet the standards of hygiene, catering, writes likar.info.

“Food administration most often occurs because of disregard of the rules of hygiene in their kitchen,” says Jennifer Quinlan of Drexel University.

Scientists from Drexel University have studied 100 home kitchens. The results of their study are published in the journal of Food Protection.

In 97% of cases of the hostess improperly stored meat. Meat should always be at the bottom under ready to eat products under fruits and vegetables. The fact that water and juice from the meat can drip and contaminate other products that are in the fridge.

According to the recommendations of the American Management on sanitary inspection behind quality of foodstuff and medicines, the refrigerator temperature shall not exceed +4ºC. But in 43% of kitchens, participated in the research of Drexel University, this figure was much higher.

If the temperature of the refrigerator above the recommended +4ºC, then it definitely can be found Listeria, gram-positive rod-shaped bacteria that cause listeriosis. These bacteria are particularly dangerous for pregnant women, the elderly and people with weakened immune systems..

45% of the surveyed homes, the scientists found pathogens of food origin on sponges for dishes.

“Sponges and dishcloths are the real incubators of bacteria. We discovered many different bacteria, including Staphylococcus aureus. If someone from mistresses rubs sponges and towels some items in the kitchen, of course, the bacteria multiply faster and spread,” explained Quinlan.

According to scientists from the University of Arizona, on six square centimeters of the sponge contains about 10 million bacteria. And it is on the lips of most common bacteria Campylobacter, the culprit of various diseases, ranging from gastroenteritis and ending with Guillain-Barre syndrome.

So, the more often you wash the kitchen towels, the better. Better yet, use disposable antibacterial wipes.

Sink and all that is near it

Almost half of the shells examined by scientists discovered bacteria. In 15% of cases was found Escherichia coli Escherichia coli (gram-negative rod-shaped bacterium that is widely spread in the lower intestines of warm-blooded animals), some strains of which (e.g., STEC) cause severe food poisoning.

The sinks are most often the dirtiest place in the kitchen. 82% of the shells scientists were classified as “polluted”. Areas around the sink also cannot be considered clean. On the contrary, there are also present various pathogenic microorganisms, especially if the hostess did not use disinfectants.

The dirtiest place on cutting Board has a groove left by the knife. It is recommended to frequently wash cutting boards antibacterial agents, as well as regularly update the kitchen utensils.

In 2015 in the journal Food Microbiology published an article by American scientists from the University of Georgia, where it was said that knives and graters are often a source of transfer of pathogenic microorganisms. Scientists put knives and graters of the bacteria Salmonella and E. coli, and arranged for their distribution. It turned out, the bacteria are disseminated with lightning speed.

The researchers also found that most of the microorganisms gets on the knife when cutting tomatoes, and less strawberry.

Bowls and dishes for Pets

Dishes animals in the kitchen is not the place. You shouldn’t throw dogs and cats “dining room” in your.