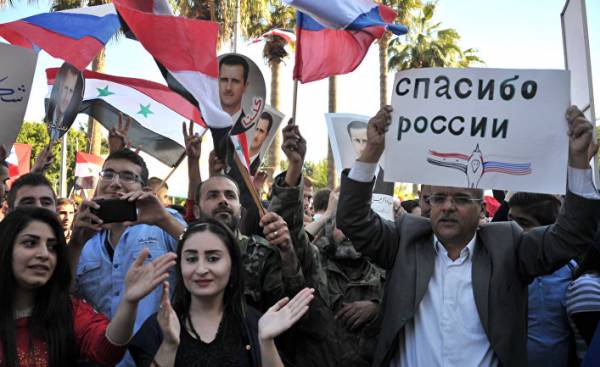 Let’s say you’re the one who keeps his finger on the trigger from a variety of types of nuclear weapons, who occupied the territory of other countries, from Ukraine to Georgia and the Crimea. And are you familiar with the musical group “Pissed Jeans”, which knows only the generation Z (and, perhaps, generation Y). Yes, not only familiar with, and you even remember by heart the words of her songs. And use them when the new U.S. President, with whom you yourself say are on the verge of conflict, challenges you: “Or Syria, or we!” You can do this only if your name is Putin.

In response to accusations from the US that Russia is trying to hide stocks of chemical weapons to Syria, Putin repeated the chorus songs of the group “Pissed Jeans” (the name of which I’m ashamed to translate) titled “Boring girls” and said “it’s Boring, girls!” Putin, who says that prior to the occupation of Iraq in 2003, America was also invented for similar reasons, said: “Then said: “There are stockpiles of weapons of mass destruction, we’ll find them.” Now they say: “There are stockpiles of chemical weapons””. He added: “it’s Boring, girls. We’ve all seen.”

If you saw how it was, it must be noticed that the journalists who listened to this statement, apparently, not as closely as Putin, to follow developments in the world of music and, it seems, is not particularly understood this witty joke.

The threat of a trump, and that he said all this in Russian eyes, sending Secretary Rex Tillerson (Rex Tillerson) to Moscow, takes seriously not only Putin. Democrats and conservatives in the U.S. Congress, saying that trump, causing a missile strike on Syria, usurped the powers to conduct war, said that he will not allow developments in this direction.

Leading conservatives stressed that the missile strike was appropriate “ethical” point of view. Because inaction, in which Obama went after the not enough well-considered ad the “red line”, has created a vacuum that gave rise to ISIS (banned in Russia — approx. ed.). Indeed, the fact that America in 2011 did not do what he said, and did not take measures intended to make, benefited terrorists.

Obama believed that he created the very vacuum he this time will be able to fill the forces of a foreign terrorist organization. He’s not even interested in the true plans of those who gave him this idea, who said that the secular Kurds (and even the supporters of Marxism-Leninism), which do not represent the Islamic threat “to guarantee the safe flow of oil from the Middle East,” will help them. However, this proposal was the idea that the work of “reconstruction”, held in the middle East in the aftermath of the First world war, had not benefited, and the Western world “needs a second Israel” in the region. When Obama gave the impression I approved of this plan, this has led not just to “hobby ideas” terrorist Party “Democratic Union” (PYD) people’s protection Units (YPG), and the fact that the Kurdistan workers ‘ party (PKK) are actually crumpled up the historic appeal of Abdullah Ocalan (Abdullah Öcalan) 2013 on the occasion of Nowruz (in the framework of the peaceful settlement of the Kurdish issue on 21 March 2013, PKK leader Ocalan sent a message to his companions, in which he justified the need to move from armed struggle to political — approx. TRANS.), left this appeal in his face and began to dig trenches.

The consequences are known.

And what is now the trump at the beginning of his presidency, which was almost three months, acts like he, too, approved of the idea, gives a false representation to the EU officials and some European leaders.

It’s very boring, girls! All that we have seen! 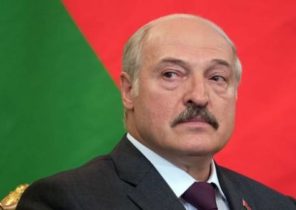