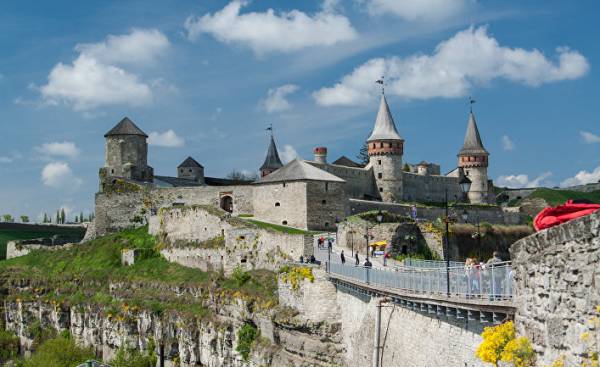 Ukraine is one of the largest countries in Europe, but when she’s not conducting major events such as the current “Eurovision”, it can be very difficult to entice guests.

Political, territorial and economic difficulties of Ukraine does not contribute to improving the image of this former Soviet Republic, which is difficult to find their individuality, feeling the influence of Russia and Western Europe.

However, in Ukraine there are many beautiful places where you can deploy the tourism business. And although some regions are unavailable due to clashes with the separatists, most of this vast country is open for business.

The lack of mass tourism makes Ukraine the charm and authenticity that do not exist in other countries.

Here are 11 places that will make you fall in love with this Eastern European country. 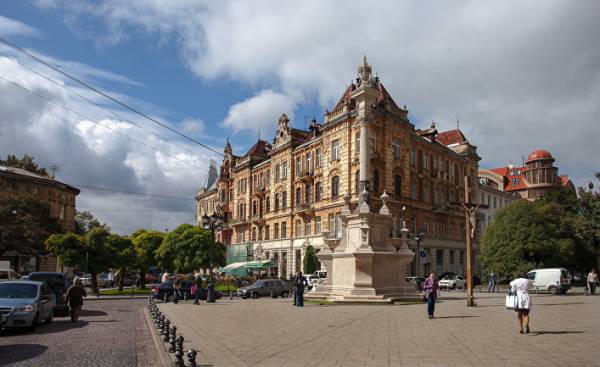 Lviv is considered the cultural capital of Ukraine, and he has the most Western of all the Ukrainian cities architecture.

There’s a great, under the protection of UNESCO Old town, famous for its beautiful narrow streets, majestic temples, magnificent museums and charming atmosphere.

It is a cozy and hospitable city, offering tourists a number of themed restaurants, great bars and a great nightlife.

Regardless of the time of year Lviv is popular with Ukrainians who come there on weekends to feel the vibes of the Old city.

Visitors can drive along the tourist route “Golden horseshoe of Lviv region”. This tour of the most famous castles of the region: Olesko, Zolochiv and Pidhirtsi. 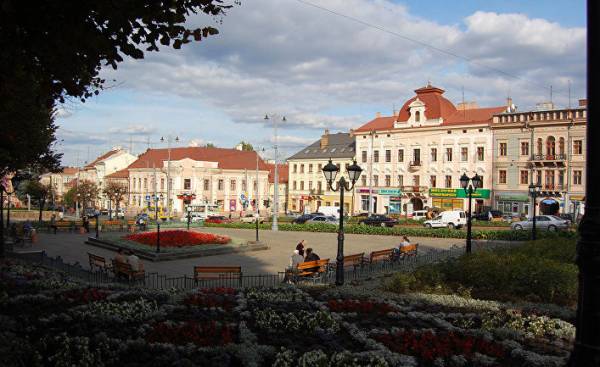 The city of Chernivtsi is called “little Vienna” thanks to its rich Austro-Hungarian architectural heritage. One of the pearls of Western Ukraine.

There you can see beautiful building of Chernivtsi University, which is under UNESCO protection. In the city you can take romantic walks, taking breaks at charming cafes in the Vienna style.

Lovers of art Nouveau can enjoy the elegant frescoes and a beautiful interior in the Museum.

Possessing a rich history of multiculturalism, and Chernivtsi were under the authority of different States, are one of the most interesting places to visit in Ukraine. 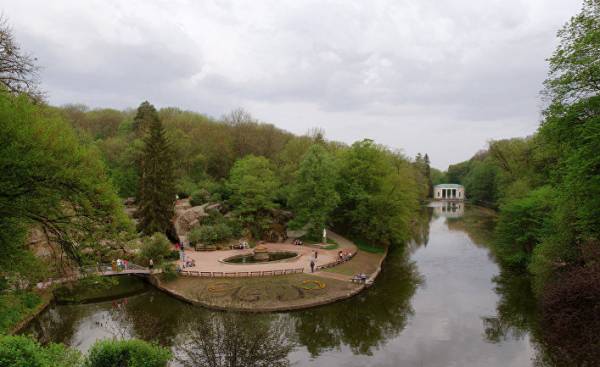 Sophia Park, which is one of the finest examples of European garden design was established in the early 19th century. “Sofiivka” is a unique natural landmark of Ukraine.

Created the Park of a Polish magnate Stanislav Potocki, who gave him the birthday of his wife Sofia.

In this extensive Park has waterfalls, lakes, statues, fountains, ancient grottoes and artificial ruins. This is the perfect place to stroll and relax, surrounded by natural beauty.

Another beautiful example of landscape design of the 18th century is Alexandria Park in the small town of Belaya Tserkov, near Kiev. 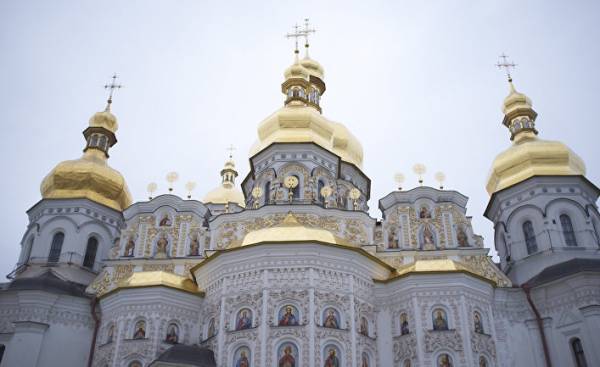 Golden domes of magnificent churches, a long and rich history, eclectic architecture and the ongoing life in the city — all this makes Kiev an attractive place for all travelers to Ukraine traveler.

Kiev is one of the most famous cities in Eastern Europe, and among its attractions are two world cultural heritage of UNESCO Kiev Pechersk Lavra (cave monastery) and the Hagia Sophia.

There is also the famous St. Andrew’s descent, a cobblestone historic street. And there is the House with chimeras in art Nouveau style, which is richly decorated with sculptures and admired.

On the southern outskirts of Kyiv near the village of Pirogov is located the Museum of folk architecture and life of Ukraine, one of the largest museums in Europe under the open sky. 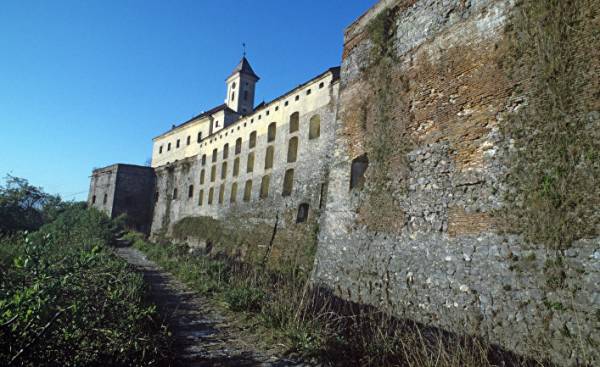 This is a charming and compact city in the Western Carpathians, where there are many monuments of Austro-Hungarian architecture as well as a beautiful castle, located on a hill in the neighborhood.

Palanok castle was once one of the most important fortresses of the Transylvanian Principality, and is now a tourist attraction and a famous place for Ukrainian tourism.

Mukachevo may also serve as a great base to explore the natural wonders of the Carpathian mountains, among which lies the lake Synevyr and picturesque waterfall Shipot. 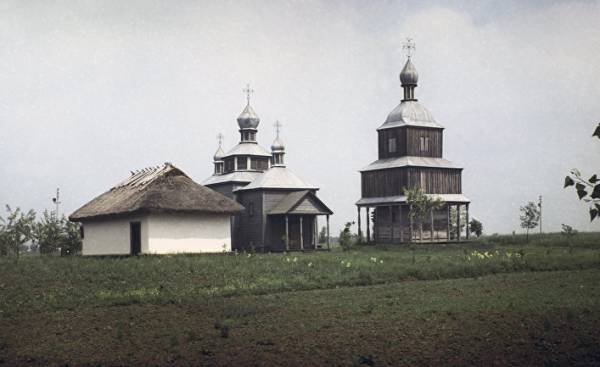 Pereiaslav-Khmelnytskyi is often called the city of museums. It is located 80 kilometers southwest of Kiev, and there you can see not less than 24 attractions, including many monuments of material culture.

Among them are Museum of bread, Museum of rushnyk (traditional Ukrainian ritual cloth), Museum of Ukrainian folk clothes and space Museum.

But the most impressive outdoor Museum of folk architecture and life, which holds unique exhibits from the most ancient times to the beginning of the 20th century.

On the other Bank of the mighty Dnieper river, which divides Ukraine to the West and the East, is the small town of Kaniv, where Shevchenko’s national Park dedicated to one of the greatest Ukrainian writers Taras Shevchenko. From the hills of the reserve offers a magnificent view of the river. 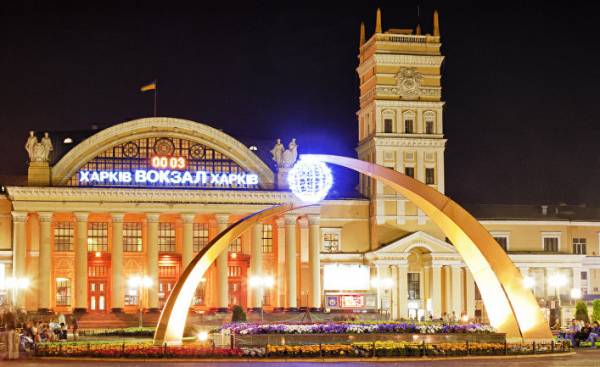 Once Kharkov was the capital of the Ukraine, and now is the second largest city. It is a city of students, which make his life a fresh impetus.

The city has enough museums and monuments, thanks to which it is a very interesting place to visit. 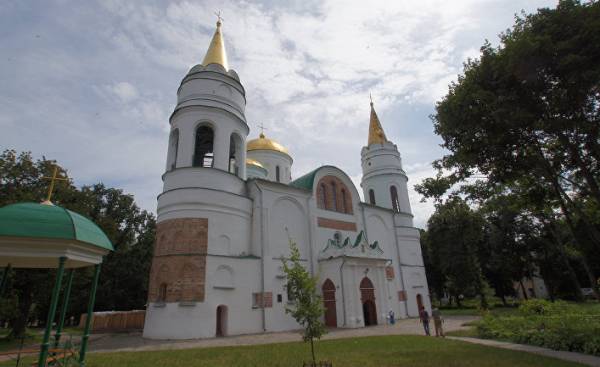 Chernigov is one of the oldest cities of Ukraine. Once he was prosperous and an important centre of the medieval Kievan Rus, which became the first Eastern Slavic state.

There are unique samples of medieval Slavic Church architecture, among them one of the oldest churches in Ukraine — the Spaso-Preobrazhensky Cathedral, built in the 11th century and decorated with magnificent frescoes.

In Chernihiv, there is a third of all Eastern European sites of the period before the Mongol invasion.

Kachanivka manor of the 18th century is a popular venue of the city of Chernigov and Kiev. It is a beautiful mansion in the neoclassical style, surrounded by well-kept English gardens, lake and faux ancient ruins. 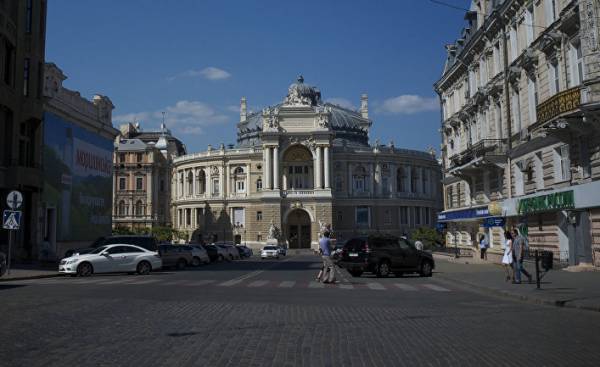 Being one of Ukraine’s biggest ports and shopping malls with wonderful historic district, Odessa boasts numerous treasures that await tourists.

In the Central part of the city’s many attractions, and fans of architecture can admire the magnificent palaces and unique mix of architectural styles.

Fans to sunbathe and swim Odessa offers many kilometers of black sea beaches as well as a huge variety of daytime and evening entertainment.

Odessa is one of the most beautiful theatre buildings in Europe Odessa Opera and ballet theater, built in the 19th century by the Viennese architects Fellner and Helmer. 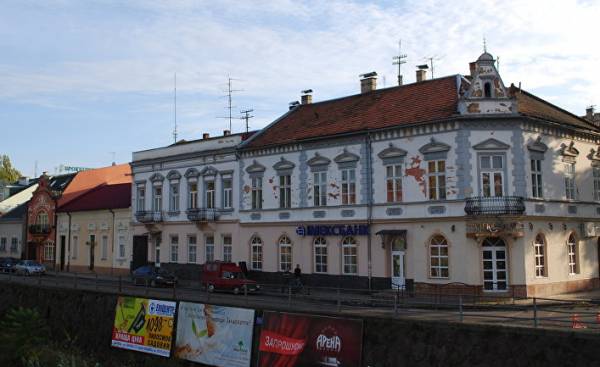 This little town, located right on the border with Slovakia, over the past 100 years belonged to five different countries.

His historical identity can be traced through the Central district, where nearby are Czech functionalist buildings, classic Hungarian mansions, as well as Orthodox, Catholic and Greek-Catholic churches.

Uzhgorod is a vibrant center of Transcarpathia, which offers a way into the Carpathian mountains. And can be easily reached from major Central European cities.

To see the best Museum of Transcarpathia, go in Uzhhorod Museum of folk architecture and life. There you will see a unique wooden Church of St. Michael built in the 16th century and other remarkable examples of local architecture. 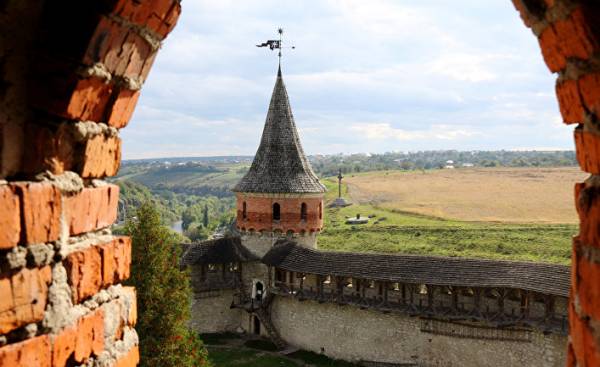 Those who love scenic views and the comfort of the old towns the direct road to Kamenets-Podolsk, which is worthy of careful study.

In this small town in the West of the country is one of the most stunning fortresses in Eastern Europe. It majestically stands on a high island surrounded by the river Smotrich. Apart from the fortress, Kamyanets-Podilsky is famous for its balloon festival, usually held in late spring.

Another majestic castle can be found nearby in the town of Khotyn. The Khotyn fortress is one of the most scenic and most visited fortresses Ukraine. There were filmed a lot of the Soviet and Ukrainian historical films thanks to its majestic views and the atmosphere of historic authenticity. 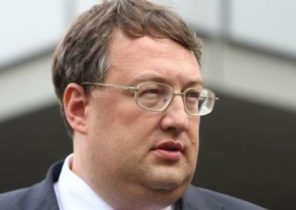