I went to Utsunomiya. Wanted to take part in the event organized by the group, which is trying to advertise the wheat from the Prefecture of Tochigi. During the event I showed on the projector, a new map of Japanese food that I made and published on our website and also spoke about the organization (Ai B League), which animates the regions, telling about the peculiarities of local cuisine.

In the evening the Hakata dumplings will take a beer. In the evening, Kurume in the diner “, Mataba” to double a portion of ravioli will take Shochu, diluted with water.

The dumplings reminded me, in Sapporo, I wanted to eat Chinese food. 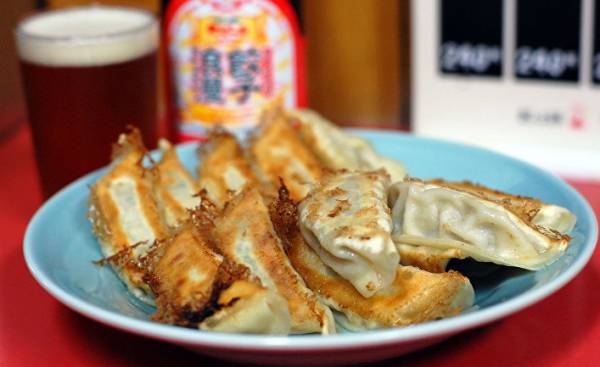 I thought that in the district “Susukino” is supposed to be something, so we walked the whole quarter. Chinese cafe was not. At all.

Plenty of restaurants offer various dishes of crab, scallops or meat, but I never found any Chinese restaurant. No, perhaps they are. Should be.

However, then we split up and searched for the Chinese sign however in the end, we had to go to a fish restaurant. Nothing bad ever came of it, but it is strange that in Sapporo many places that offer noodles “ramen”, but very few of these Chinese eateries.

But back to the main topic.

In our family grated daikon served separately on the plate only to the Pacific saury. Everyone puts themselves daikon radish with a spoon as much as he wants. During cooking the saury slightly prisalivaya, so while eating soy sauce is not used. They poured the grated daikon.

Another fried fish grated daikon is not served, but I want to try it with mackerel.

By the way, in Portugal I tried the bread with sardines. The bread was like a baguette, and it was very tasty. The sardines were simply sauteed with salt (not specified).

That is soy sauce, we pour the grated daikon. But mackerel daikon does not serve?

I poured soy sauce into a small plate and dip into it yet. Sometimes eaten with grated daikon, and sometimes without it. I have high blood pressure due to kidney failure, so I don’t eat a lot of salt. In grated Danone a lot of potassium, so I also try not to eat it a lot.

That is, in Kyoto mackerel and daikon also not together? Maybe mackerel with grated daikon is used only in Eastern Japan? The problem may be much deeper than it may seem at first glance.

How fish eat in Osaka? Ask one notorious person.

Grated daikon fried fish is an important issue. Previously I had no hesitation in pouring soy sauce on fish, and daikon, but lately only on grated daikon. Talk about soy sauce. The fact that I am concerned about the salt content. Lately fried fish I add vinegar or ponzu, and terutomo daikon — ponzu or soy sauce (Mr. Tonita of confectionery company “Tonite”).

That is, it means that the Osaka grated daikon is added to a variety of fried fish including mackerel? Waiting for your letters on this issue. 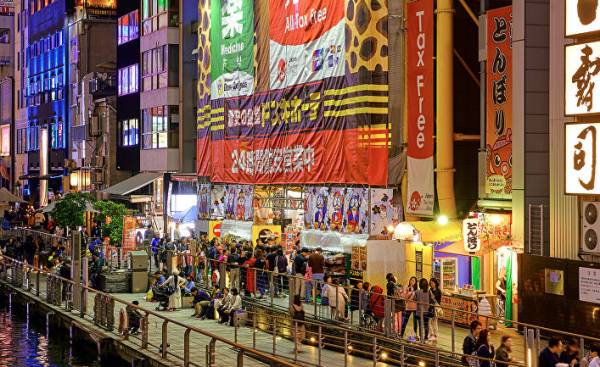 Fried Pacific saury with salt. In our family grated daikon not pressed, and in large quantity is added to the fish. By the way, grated daikon, we pour the juice zest or vinegar.

A part of our family fills received daikon soy sauce. The other part is pouring the soy sauce in a separate plate. Sometimes these boundaries are blurred.

As for white fish, I like to use it in this way: finely chop the sardines autumn intended for sashimi, along with green onions and ginger, then spread on hot rice. Instead of sardines you can also use mackerel. With this snack rice you can eat a few bowls.

In my opinion, gets even tastier if you chop until the consistency of negitoro (tuna, chopped onion-batun, which is used for sushi, the author is not specified).

Here grated daikon is also another saury and mackerel but said nothing. We cannot exclude the possibility that friendly relations with mackerel and grated daikon depend on regional differences.

Fried fish please add a lot of grated daikon. The fact that I also love to eat fish, reducing the amount of fat.

Soy sauce do not add… If you throw something, just something acidic, e.g. lemon. Then it dries. With such a dish perfectly suited to sake.

Speaking of sour, I recently bought a pickled mackerel. I forgot about her, and approached a shelf life, so I decided to try to fry. The fish was not very sour and not very greasy. It was delicious. Now I want to try to buy a discounted the fish and fry it (Niigata, Tiebout Yahagi).

Grated daikon radish is used, but soy sauce is not. Indeed, there are a million ways to eat fish.

Grilled marinated mackerel comes to alcohol. Sometimes it can be found in the sushi restaurant. At least in an izakaya (a Japanese type of restaurant — approx. ed.). I like it a lot. You can and discount. 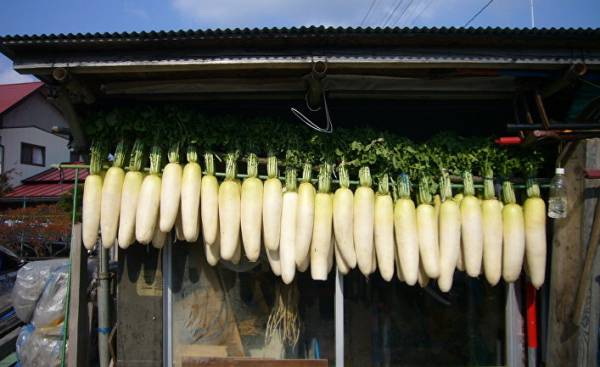 Fried fish requires daikon. The fish itself is salty, so you don’t have something to pour. Daikon dilutes the salty taste of the fish. If the fish is tasteless, it can be poured soy sauce, but this is not often.

So I don’t like when Isaka people immediately begin to pour the grated daikon with soy sauce, when you bring the far Eastern fried perch.

This applies in particular to the residents of the prefectures of Akita and Iwate: they poured soy sauce and fish and grated daikon. They water the soy sauce, even salt mackerel or saury, and fish, marinated in miso or mirin. I have elevated blood pressure only one kind, it seems that will burst a blood vessel in the brain.

My question about why pour so much soy sauce, I haven’t heard any clear answers. Basically saying: “I Just like the taste of soy sauce!”. I do not understand (Mr. Morioka).

I know one person from the Prefecture of Tochigi, who had quarreled with his wife over what was to pickle salted salmon, but did the people of Akita and Iwate necessarily pour soy sauce and fried fish, and grated daikon? Fish, marinated in miso and mirin?

Waiting for comments from residents of Akita and Iwate.