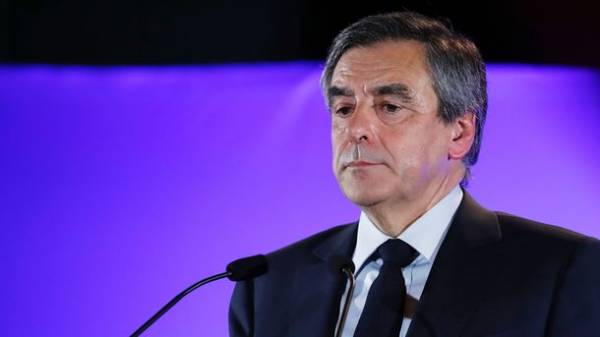 Financial news launched an investigation into cases of fictitious employment of the spouse of the candidate in presidents of the country, former Prime Minister françois Fillon. About it reports on Friday, February 24, Le Parisien.

The investigation for the “theft of state funds, misuse of public property, complicity and concealment of these crimes, trading in influence and concealment this information from the authorities,” cites the publication of an excerpt from the statement of the Supervisory authority.

Will investigate one or more of the Paris investigators who are authorized to tap telephones and to place suspects under house arrest.

On 25 January, the weekly Сanard enchainé (“the Chained duck”) published an article alleging that for several years, Penelope Fillon was listed as an assistant to her husband, at a time when he was a member of the National Assembly (lower house of Parliament), for which he received remuneration in the amount of 500 thousand euros.

On the day of publication of the article French prosecutors have opened a preliminary investigation against the wife of Fillon, however, his popularity began to plummet, and the data of public opinion polls showed that the majority of the French favour the refusal of the former Prime Minister from further participation in the election campaign. Election of the President of France to be held in April-may 2017.