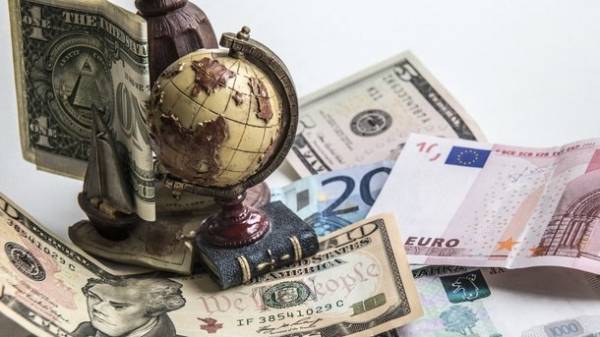 The Cabinet of Ministers of Ukraine is preparing an updated list of low-tax jurisdictions, which will come into force on 1 January 2018. Hospitalna service (GFS) has already sent its proposals to the Finance Ministry, where the list will continue, writes UBR.

The list of countries, which amount to offshore companies, plan to expand and modify. This was announced by the head of Department audits, transfer pricing audit Department of the State fiscal service Nikolay Mishin.

We will remind, the decree No. 977-R the Cabinet of Ministers in September 2015, was reduced to 11 items list of States (territories) that are considered low tax jurisdictions for TP purposes. Now, the tax I propose to return to this list Malta, Singapore and the UAE.

“As soon as the Ministry of Finance will finish with a list of organizational forms, once you begin to actively work out the total list of low-tax jurisdictions for transfer pricing purposes. The extra time is”, — said Mykola Mishin.

According to Mishina, the SFS is not yet able to implement in the framework of implementation of standards BEPS, for example, the principle of prevalence of essence a controlled transaction over its form (when the operation was done solely to reduce tax).

“Now until you show the company a printout from the international system Amadeus, Orbis, or other such system, proving the relationship with other companies via one founder, they will deny everything. This is our practice”, — said Mishin.

Therefore, from 1 January 2017 have been introduced provision of the Tax code that control TP fall operations with firms of a certain organizational forms of ownership. Mainly the so-called “partnership” (llc, llp, slp, etc.).

While the exchange of information between States in the framework of BEPS is not earned in full, Ukraine as one of the protective tools in monitoring transfer pricing introduced a review of transactions not only from low-tax jurisdictions, but also with those contractors who do not pay income tax in their country.

For example, the UK never included in the list of offshore zones, but she has the types of companies (LLC and LLP) that are not deemed to be resident of the UK, and do not pay there tax.

For this purpose the Cabinet of Ministers had to define the list of organizational-legal forms of non-residents in different countries.

“We expected to see a “partnership” of the UK, the UAE, Scotland and several other countries, for example, companies from Delaware and Arkansas in the United States. However, we presented a draft list of 10 pages with detailed listing of partnerships in all countries of the world, including Austria, Australia and so on”, — reported earlier the member of the Verkhovna Rada Committee on taxation and customs policy, people’s Deputy Tetiana Ostrikova.

Deputies have demanded from the Ministry of Finance to reduce the list and enter in the list only those types of companies and jurisdictions who can truly be used for tax optimization.

A list of organizational-legal forms of non-residents for the purposes of article 39 NK will be the name of a private list, which has already developed in the Finance Ministry and the SFS. “At first it was 84 jurisdictions that are used worldwide. But then he decided not to include countries that already appear in our list of low-tax jurisdictions (offshore companies). Then threw those countries where there are particular organizational forms that allow them not to pay income tax, but they are not used by Ukrainian companies”, — said Nikolay Mishin.

Additionally, the SFS has analyzed the statistics of foreign trade, comparing the volumes of goods and money at the exit from Ukraine and entrance to other countries. The result was a list already agreed with all the ministries, which until the end of may to submit for approval by the Cabinet and published in June.

The list includes 26 jurisdictions, which hit the UAE with all their free zones, as well as several States of the United States (where the practice forms LLP), UK (Scottish LLC and LLP), Australia, New Zealand, Germany, France.

“For many it will be stress. Because Switzerland, for example, very long fought to have them removed from the list of low-tax jurisdictions, on the grounds that they are not alone. But it is justified both legally and statistically, and economically. And we hope that with the adoption of this list is another slit, allowing to erode the tax base, will be closed”, according to the GFS.

However, tax specialists know that business is not static and necessarily will come up with something new. From the date of entry into force of the list of organizational-legal forms of operation with such counterparties are considered to be controlled. And companies will have to include those transactions with related parties unrecognized in their reports this year.