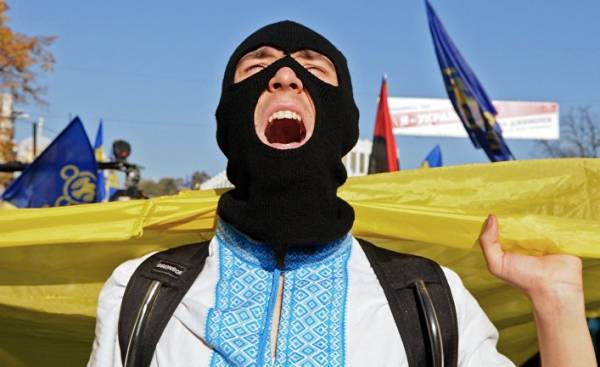 If you look a sober view from the heights of history of Ukraine of the 30’s and 40-ies, it is possible to see a tiger, cornered from all sides, defensive and violent roar, which is imprinted in history, and through the time of its echo gives strength and confidence to descendants in Ukraine today, when the country is again in a state of fierce struggle for life and for the right to be an independent state.

In that terrible, bloody time one side was Poland, which wanted to take a Western Ukrainian lands, on the other hand, the Nazi Reich, destroying everything in its path, and the third — the Bolsheviks, who saw Ukraine as their Russian colony and did everything possible to rid Ukraine from separatist, to pull all of its national roots, to erase all cultural and mental traits of the people, to grind and to turn Ukraine into a territory of slaves without family and tribe, without their language and identity as such.

I am often asked how I relate to the powerful rise of Ukrainian nationalism in those years. And called names. And this like? And this? Guys, if it were not for these people, that Ukraine today would not exist. These people fought the Nazis, Communists, poles are actually at the same time. These people did not lose faith in their country to the last drop of blood, sacrificing their lives, the faith defended. These people survived the artificial famine and not broken. These people gave everything to Ukraine was. What I can relate? As heroes of his time as a historical example of courage and transcendent love for his land and people. They are not angels, no, they — the person that was destined to be born and live in one of the most inhumane periods in human history. They defended themselves. And I was always on the side of those who are protected on their land. On the side of those who are weaker. And, moreover, on the side of those who hate the Bolsheviks. I no whitewash, I commend and look at the events directly, without filters and the Russian Bolshevik propaganda. I look into the eyes of the wounded, the mighty tiger and see in his burning eyes the pain of the Ukrainian people, which until today have to suffer from invaders and occupiers.

Ukrainian nationalism was never a whim, a tool to influence the masses, propaganda technique of manipulation or just a plaything in the hands of fanatics inflamed consciousness. He had never been a sign of chauvinism. Ukrainian nationalism — is a forced reaction to a century of attempts by external enemies to wipe out the earth all Ukrainian. A matter of survival. Feel the difference with Russian nationalism based on hatred of all things alien, utterly false and groundless, originating from a thousand-year darkness of people’s ignorance and pathological thirst for violence and self-assertion on the blood of others and at the expense of the oppression of other Nations.

Yes, for one Shot revival of the Ukrainian nationalists had a right to their nationalism like no other.

And the story is still better to learn on documents and not on TV. In the documents of the Nuremberg black and white — Bandera and his movement (banned extremist organization OUN — approx. ed.) recognized as victims of the actions of Nazi Germany. 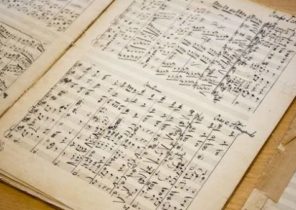