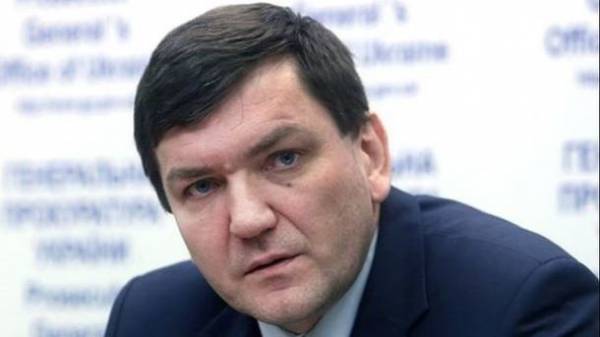 In order to introduce criminal liability for Ukrainian politicians for a trip to Russia, you need to formally recognize Russia as the aggressor. This was stated by the head of the Department of special investigations of the Prosecutor General of Ukraine Serhiy Gorbatyuk, reports Interfax-Ukraine.

“It is impossible to introduce responsibility, while there is no legal definition of the aggressor and the vesting status, in particular, the Russian Federation or another country, if we want to establish responsibility for the trip there,” – said the representative of the GPU.

At the same time, he noted that the Agency can decide the issue of visits of their officials or law enforcement officers in Russia.

“If the trip was made without the consent of the leadership, to pull it to a disciplinary responsibility, including dismissal. Thus, control is possible,” – said Gorbatyuk.

We will remind, yesterday the head of the SBU Vasily Gritsak reported that he was in favour of the ban and the criminalization of a visit to Russia, the Ukrainian deputies, politicians and public figures.

In turn in Russia called brute force statement of head of the SBU.