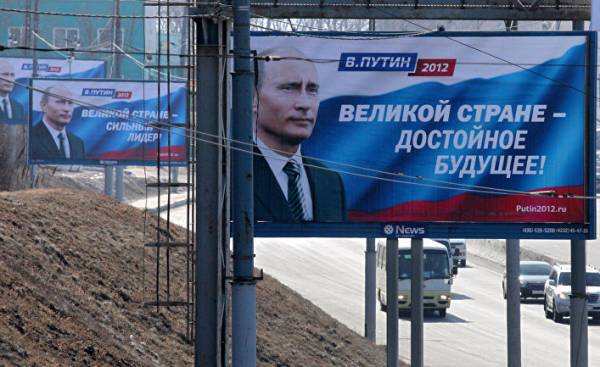 In 2005, Vladimir Putin, addressing the Duma, said: “the collapse of the Soviet Union was the greatest geopolitical catastrophe of the XX century”.

In the West this statement was interpreted as a kind of nostalgic yearning for communism. In reality, Putin did not just made a historic remark, and precisely analyzed the disproportionate balance of power, created by the end of the cold war; he had not questioned the need for the development of “democracy and freedom” in the liberated from communism the countries he raised the question of how to change the international order when the United States remains the only world power.

Last year the Russian President has again said about this issue, asking the question, could the Soviet Communist party “to transform the Soviet bloc into a democracy, instead of to destroy.” Putin is not wrong. The collapse of the USSR resulted in an imbalance between the two blocs, the world is faced with conflict, war, social catastrophe: it is obvious that the United States itself is not able to manage the whole complexity of the processes, many of which are determined by the desire of the West to rebuild the world in their own image and likeness.

It is linked to today’s Russia’s intention to intervene. The new doctrine of Russian foreign policy, approved by Vladimir Putin in November last year, is the most important strategic document of Moscow will determine the political actions of Russia in the coming years. Despite the fact that the priority remains the need to integrate the post-Soviet space of the Eurasian economic Union, the goal of the strategy is for Russia to turn Moscow into “one of the centers of influence in the modern world”.

How? Bolstering its military capabilities, increasing diplomatic and military involvement in resolving the regional crises and expanding political and economic relations outside the Eurasian sphere. Fundamental economic and military ties with China, including in regional organizations (such as the Shanghai cooperation organization, SCO) and BRICS.

However, “first”, as they say, Putin strategy, Russia “intends to create with the Euro-Atlantic region, long-term relationship focused on the creation of a common space of peace, security and stability.” In this task an important resource for Moscow will be the “strengthening of bilateral relations with Germany, France, Italy and Spain.” Our country, therefore, is considered by Russia as an important interlocutor. Significant importance will be the relationship with a new America under the leadership of Donald trump, particularly in matters relating to international security, global arms control and combating terrorism, perceived as “the main threat to the modern world”.

Putin, however, also contributes to “systematic problems that have emerged in the globalization process” and “external intervention, which destroyed the traditional mechanisms of public administration and security guarantees” the emergence of integralism in the middle East and Africa.

Despite the fact that Russian strategists are talking about low risk “a large-scale, even nuclear, war between the leading countries, the danger that they will be involved in regional conflicts and the escalation of existing crises, it becomes more and more”. Putin’s warning is clear: the Ukraine, as in Syria as in the whole middle East, regional crises require shared solutions. So, Moscow intends to strengthen the role of the UN as guarantor of international law. 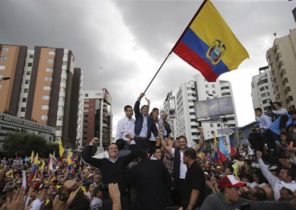