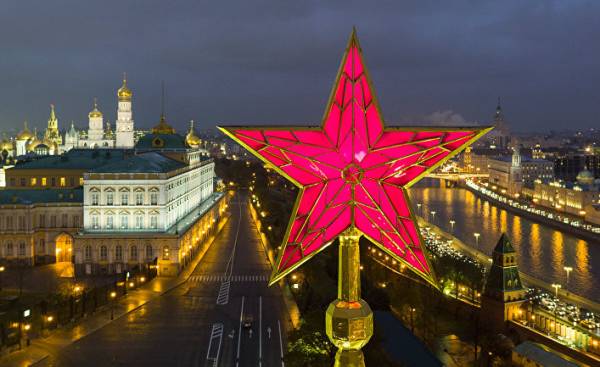 Russia’s efforts to flood the media space the US and the EU fake news and emails from a hacked email was well documented. Less well-known actions of the Russian authorities to sweep the private information space of news and facts, contrary to the Kremlin line.

Russia has long been criminally pursues individuals and organizations for dissemination of information, which the authorities consider to be “false”. This policy is underpinned by a legal instrument, the information security Doctrine of the Russian Federation approved by the decree of President Vladimir Putin in December last year. This decree in fact confirms that the Kremlin believes that the rule promoted by the authorities version of events is vital to the national interests of the country. As a consequence, the information “biased” representing the Russian government and its policies, threatening the information security of the country, the document says.

Under the scope of Russian legislation, not only were news. The subject of attention of the authorities has also become history. To help officials with the promotion of official versions of historical events, in 2014 in the criminal code introduced a new article “rehabilitation of Nazism”. This article spells out punitive measures for deliberate spread of “inaccurate” information about the actions of the USSR during the Second world war. Informatsionno-analiticheskiy Tsentr “Sova”, the leading monitoring the application of anti-extremist legislation, noted that this article has no practical meaning, and its purpose is to implement censorship over discussion about controversial episodes in Soviet history.

To enforce their doctrines of power has created an extensive surveillance system covering all means of communication.

To what extent the Russian government restricts the flow of information and suppresses legitimate and reasonable discussion in the society reflected in the criminal case against Vladimir Luzgina, who was convicted in the summer of 2016 in the Siberian city of Perm.

It is believed that Luzgin is the first person to be convicted under the article “rehabilitation of Nazism”. Sane him in the guilt of the act was that it prerepublican on his page in social network “Vkontakte” an article titled “15 facts about Bandera, or silent About what the Kremlin.”

Bandera was calling heated debate figure and a Ukrainian nationalist in the world war II tried to create an independent Ukrainian state. Russian officials consider him who sympathized with the Nazis treacherous instigator. As a result, the Kremlin is trying to present supporters what happened in Ukraine in 2014 Euromedinukas revolution similar to the Bandera Nazis.

But, apparently, Russian authorities angered not information about Bandera and the individual contained in the re-published article the fact that the USSR and Nazis together invaded Poland in 1939, thus beginning world war II.

Read prerepublican by Luzgina article only 20 people, but this did not prevent the court fined him 200 thousand rubles (3 thousand 400 dollars) on the grounds that he had disseminated “false information”.

To prove that his actions were deliberate, the court assessed the level of education Luzgina. In particular, the court found that because Luzgin received at school good grades in history before entering College, he had to understand the widespread failure of their article. The court then went further and stated that because of his education Luzgin also understand the risks associated with disseminating such information, including the rehabilitation of Nazi ideology and the formation of brightly negative attitude to the role of the USSR in the war.

The arguments to the court about obtained by Luzgina education do not take into account possible shortcomings of the school and University programs.

According to the independent observers, the criminal case against Luzgina was politically motivated. They argue that his actions should be considered legal discussion of historical events that Luzgin it had the right in accordance with the Constitution and international norms on freedom of expression.

The Committee on human rights UN — the organization in charge of oversight over the implementation of the International Covenant on civil and political rights declared that the laws “punishing the expression of opinions about historical facts, contrary to the commitments made by member countries of the Pact.”

The case against Luzgina underlines double standards of Russia about the spread of news and information. From the point of view of the Kremlin, the West needs to be listened to all opinions, but in Russia only one thing matters — the opinion of the authorities.

There is no doubt that the problem of fake news should be fought, because they have the potential to undermine the cohesion and stability of any society. But the struggle with this problem by limiting the freedom of speech tantamount to censorship, and ultimately likely to do more harm than good.