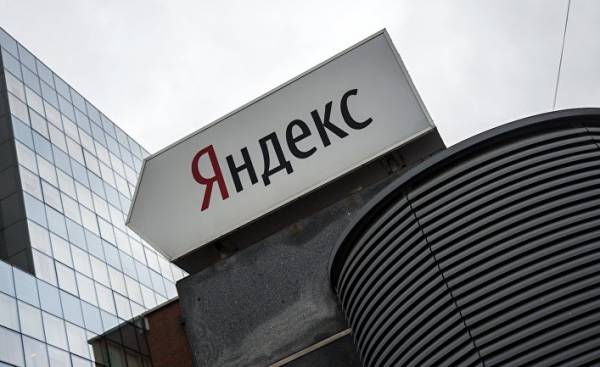 In the conflict with Russia seems logical desire of Kiev to restrict Russian businesses in Ukraine and to block Russian companies access to personal data of millions of Ukrainians. At the same time, the Ukrainian authorities have received a convenient tool for Internet governance, has strengthened its position in the eyes of the patriots and limited opportunities not only Pro-Russian and opposition propaganda

On may 16 the President of Ukraine Petro Poroshenko has signed a decree under which the sanctions were hundreds of Russian IT-companies. Among them such large, as Mail.ru, Vkontakte, Odnoklassniki, Yandex, ABBYY and “1C”. Ukrainian providers will be required to limit access of subscribers to the sites and services listed companies. This decision will radically alter the landscape of Ukrainian Internet and will contribute to further distancing Ukraine from Russia economically, and culturally.

The extent of the ban

“VKontakte” and “Classmates” two of the most popular among Ukrainians of the social network. They are respectively 16 million and 9.5 million people per month. The amount is approximately half of the population. “Yandex” — with 11 million users and about 30% of the market of Internet search. Four prohibited service “Vkontakte”, Mail.ru, Yandex and Odnoklassniki — are in the top 10 most popular websites among Ukrainian users.

System administration of the company “1C” is used about 300 thousand Ukrainian enterprises. How many users and businesses use office ABBYY, Dr. Web and “Kaspersky Lab”, it is difficult to assess. But without accurate data it is obvious that by blocking Russian services will affect the vast majority of Ukrainian Internet users.

Mail.ru and “Yandex” has hastened to assure that the sanctions will not significantly affect their income. According to representatives of “Yandex”, the share of Ukrainian direction in the company’s revenue is not more than 3% (to 2.28 billion rubles). Promsvyazbank analysts assess the possible loss of “Yandex” from the prohibition 6.9 billion (9.1% of the company’s revenue in 2016). Ukrainian market with tens of millions of users is for these companies, the second largest after Russia. The size of losses of Russian companies will also depend on the technical sophistication of the lock, so to rate them yet.

The ban will also affect Ukrainian business. Online media will lose traffic from “Vkontakte”. Shops and small businesses will remain without years of established distribution channels, users without maps, search, mail and many other services to Russian companies.

It is clear that Ukrainians will not be to sit less on the Internet. The most advanced will continue to use the same services through a VPN and Tor. Others will simply find a replacement for the banned sites. From “Vkontakte” and “Classmates” will go to Facebook, Instagram, Twitter, Viber and Telegram gaining popularity. The counterparts of most of the service “Yandex”, Google does. Media, online shopping and all, who needs an audience will go to other sites after users.

More problems will be those whose business is based only on “Vkontakte”, the small shops will have to quickly learn new areas for sales. Reformatted and advertising market. Marketing budgets from “Yandex.Direct” and “Vkontakte” will flow into Google AdWords and Facebook. According to estimates of the all-Ukrainian advertising coalition, the volume of search ads market in Ukraine to 2016 amounted to 1200 million ($45.4 million), advertising in social networks (along with the rest of the display advertising) — 750 million ($28.4 million). Shares of “Yandex” and “Vkontakte” these amounts are not disclosed. In General, the main economic beneficiaries of the ban will be the American Internet giants — Facebook and Google, although it is clear that the extra few million dollars from the Ukrainian market will not have a serious impact on their finances.

It will be difficult to the accounting program 1C, which is used, according to various estimates, from 80% to 98% of Ukrainian enterprises. Manufacturer of the second most popular solution — “Sail” also came under sanctions. Cheap imitations of these products not. It is likely that most companies will ignore a ban on the use of 1S. It may be another tool to pressure from the authorities on business. The more 1S that fell under the sanctions for political reasons: according to the head of the Council of national security and defense Council (NSDC) Alexander Turchinov, with the help of software from 1C, Russia has carried out cyber-espionage and cyberattacks on the Ukrainian infrastructure.

At the disposal of the Ukrainian authorities yet ready the technical tools for blocking sites. There is no “main switch” or a national firewall in China, there is no direct analog of Roskomnadzor, which is mandated to create a list of banned resources, and to punish ISPs for failure to comply with locks.

On a topological level of the Ukrainian Internet is decentralized, it is difficult to limit due to the large number of nodes with access to the Internet. It’s not Egypt, where the node passes 90% of international traffic. Apparently, the implementation of locks will shift to providers, and to control the process will be the national Telecom regulator NCCIR, which has warned providers about the penalty for failure to comply with the ban.

Lawyers also have a question to the presidential decree: there is no justification for sanctions, and no clearly stated mechanism for blocking. But it’s casuistry — if the decree was made not for show (which, apparently, do so), then providers are not going anywhere. What the regulations that will govern is not so important.

The most popular provider of Ukraine Ukrtelecom (1.4 million subscribers), said he was already working on the implementation of the decree and will be able to start the locks no later than a week. Other major providers — “Kyivstar” and “Freedom” — while studying the technical possibilities of locks and does not call specific deadlines.

According to the head of the NSDC Oleksandr Turchynov, the initiator of the ban was the security Service of Ukraine. After the signing of the decree on the Ministry website released a statement that Russian special services are conducting a hybrid war against Ukraine’s population, using their special information operations Internet resources of “Vkontakte”, “Classmates” and Mail.ru.

The initiative was actively supported by the speakers of the people’s front parliamentary faction of the conditional hawks that use aggressive anti-Russian rhetoric. Back in February with a proposal to lock in Ukraine, the Russian social network was made by one of the speakers at the Front — the adviser to the interior Minister Zoryan Shkiryak. Then his words, few people took seriously because of the controversial reputation Shkiryak. It is possible that this was a test of public opinion. This is a known mechanism for making unpopular decisions: first, marginal speakers introduce them to a public debate, then forget about it, and then quietly accept.

In April, the website of the volunteer initiative “information Napalm” (they are also associated with the popular front) has published a text accusing “Yandex” in cooperation with Russian intelligence services. The next day the Council has adopted a decision on sanctions, which in a few weeks was signed by President Poroshenko. According to activists, the decision to block the Russian social network nurtured for a long time, and along with them I remembered about Yandex and other Russian IT-companies.

In the lock there is a political logic. Looks rather strange situation when the President of Ukraine constantly asks Western partners to strengthen sanctions against Russia, but it allows you to work freely in the country of Russian Internet companies with millions of audiences.

In the conflict with Russia is quite logical desire of the Ukrainian authorities to restrict Russian businesses in Ukraine and to block the Russian Internet companies access to personal data of millions of Ukrainians. Regardless of the actual scale or degree of voluntariness of the process clearly, Yandex, or Mail.ru I can not disclose user data to Russian security services. In Russia, you either cooperate with authorities or not working at all.

The ban on Russian social networks have angered the majority of Ukrainians worsened the international reputation of the country. Ukraine was caught up in the unpleasant list of States with limited Internet, along with Iran, China, North Korea and Russia.

But on the other hand, the Ukrainian authorities thus had a convenient tool to manually control the Internet, has strengthened its position in the eyes of the patriots and limited opportunities not only Pro-Russian and opposition propaganda. It fits well into the overall strategy of Clinton aimed at strengthening presidential power and sweep of the Ukrainian information space. While this strategy is yielding good results: in the two years before the presidential election on the horizon, no serious opposition to the incumbent, although in the last three years of his reign, Ukrainians have not seen any major reforms, nor economic growth, nor the termination of the war.

For accepted yesterday the ban is unlikely to follow new restrictions on the work of Russian sites. It seems that all of the resources that in any way could threaten the state security of Ukraine — Russian TV channels, social networks, websites separatists and other Russian media — is already prohibited. Rather for the next move in the war of sanctions to the Ukrainian authorities use a different trump card — the Russian companies still belong to two of the three largest mobile operators of Ukraine.