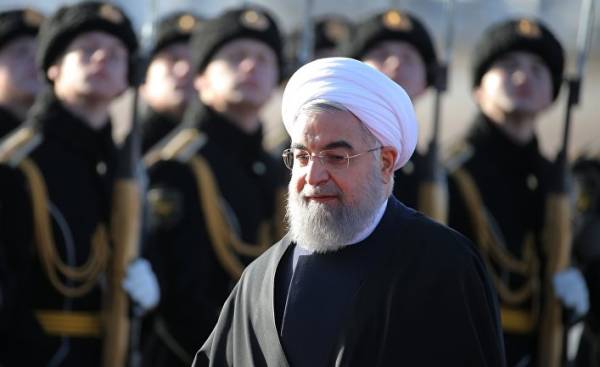 The Higher the speaker of the Islamic consultative Assembly (the official name of the Majlis, Iran’s Parliament — approx. transl.) Iran on Monday evening, 25 ordibehesht 1396 (according to traditional Iranian solar calendar — approx. transl.), speaking at an outreach meeting in the Assembly hall of the residence of the Governor of the city of Qom in front of a gathering of heads of commissions and observers, stated the following: “Elections and the broad participation of the people should serve as an antidote for the entire system of Iran’s security in the face of threats and plans of his enemies”.

The Higher the speaker of the Islamic consultative Assembly (Majlis), speaking about the elections to the local councils or municipalities (held this year in parallel with the presidential election — approx. transl.) he added: “Taking into account the number of candidates in municipalities, gathered in Qom, which exceeded 500 people, the task responsible for the conduct of the election organizers and observers, it becomes even more difficult. The election process requires more careful monitoring.”

“It seems now, some laws on conducting elections to the local councils need to be adjusted and additional hearings. It should be assessed at the next stage (local elections — approx. transl.)”, explains Larijani.

Speaking about his proposal, Larijani also said: “the Parliament may take a decision on pre-election coalitions that are approved by the interior Ministry that they receive approval at the first stage. This will help to simplify the procedure of counting the votes and will then have to consider those voices that are cast for independent candidates.”

Larijani said: “the Monitoring of elections to representative bodies of cities and villages is the responsibility of the Majlis. We are in the last few months was actively engaged in the electoral agenda, in this regard, it is necessary to adopt a specific and balanced position in the Council elections, in order to facilitate the work of the organizers responsible for the conduct of elections, and observers”.

“It is very important in the upcoming elections to use the experience of past years, but it is also necessary to pay attention to the possibility of using new methods (the organization of elections — approx. transl.)”, — said the head of the chamber of legislators.

He also said: “the Old laws gave wide powers to local councils and municipalities, however, the Supervisory Board (a special legal Institute that monitors the compliances of laws of the Constitution, based in Iran, the Sharia — approx. transl.), given the contradictions of the Constitution, which consequently had not adopted these powers and limited jurisdiction of local councils the conduct of municipal (gubernatorial) election and approval of municipal taxes (fees), which is understandable”.

Larijani also said: “Important elements in the conduct of elections is to elect effective candidates, as well as the diligent work of the organizers and observers. And it should be noted that, according to the remark of His Excellency Leader of the Revolution (the title of the head of state — leader of the IRI — approx. transl.), the will of the people is the legitimate right of people, and this right should be protected.”

“The observers must be people foremost, independent, and even if they are inclined to favor one of the candidates, they should not use it in their work. Do not pay attention to this rule infringes the basic law and all the regulations,” said Larijani.

The speaker of the Supreme Council added: “Other important qualities that should be possessed by the observer, is honesty and integrity in work, as well as a balanced behavior in strict accordance with the law. People in the elections should bring some confidence, which is the work of the observers.”

“Unfortunately, a number of events in the country, political squabbles and conflicts caused damage to the trust and even offended people, like Larijani. — Efforts should be made to strengthen this trust. As a result, as indicated by His Excellency the Leader, we will be able to see in the election a high turnout”.

Larijani also said: “For the upcoming elections they all look with special feelings. All countries are also closely following them. And therefore, taking into account all the regional challenges and conflicts, these elections can give us the real vaccine to existing threats.”

“We need to call the people to political activity and participation in the elections and wish that these large-scale events with participation from all who sympathize with the cause of the Islamic revolution,” Larijani explained.

The Chairman of the Supreme Islamic Council added: “we All need to take responsibility and to contribute to the future of our country by participating in elections, based on the principles of competition and fairness.”