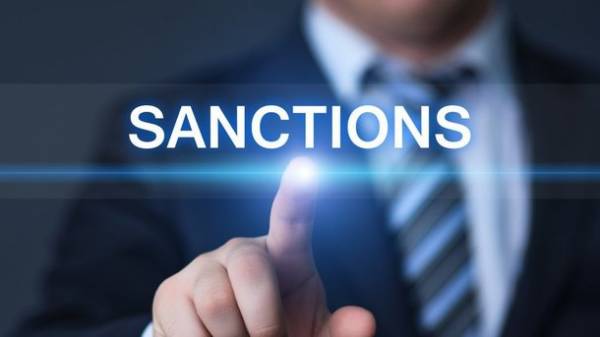 Mechanisms for the implementation of the sanctions imposed on Russian IT-services and companies raise a number of issues and may be cause for lawsuits, according to lawyers.

Adviser to the bar Association of Spenser&Kauffmann Tatiana Kharebava notes that the presidential decree and the decision of the Council of national security and defense Council (NSDC) of Ukraine on imposition of sanctions are inherently “targeted”, i.e. only affect legal entities and individuals referred to in these documents, as well as impose duties on the implementation of solutions at some state agencies – the national Bank of Ukraine, the Cabinet of Ministers and the security Service of Ukraine.

“Thus, neither the presidential decree nor entered into effect the decision of the national security Council should not impose any obligations or restrictions on users that are not specified in the annexes to the decision. In other words, users of these web-resources are not responsible for their use even after the entry into force of the decree of the President”, – said Kharebava.

At the same time, the lawyer noted that the order of implementation of the decisions of the Council, which will continue to set these gorgani, may contain a different interpretation of the rules, imposing obligations on users.

“Anyway, limiting user rights, and unjustified ban imposed by order of the President, already have a lot of legal controversy, and will certainly be subject to judicial appeal,” predicts lawyer.

Partner of the law firm Axon Partners Oleg Geletkanycz notes that the presidential decree about introduction of sanctions directed against the activities of Russian business in Ukraine, “but its effects can change online life and student Vasya, who listens to music via “Facebook” and friends with my mom “Classmates”, and accountant, who is using the program “1C” to work”.

In this case, said the lawyer, Ukrainian users will be able to circumvent such bans, in particular, via VPN, Tor or other anonymizers.

“The Internet was created as a place of freedom, and restrict or block access to the resource is virtually impossible in the very nature of the network,” says Geletkanycz.

He also stressed that a normal user cannot be punished for having an account on the Russian sites.

“We are not North Korea. To fall under the responsibility of the will be able provider, if it is determined that the assigned IP addresses to access restricted resources”, – he said.

However, the lawyer believes that the Ukrainians will have to “grow out of old habits and look for alternatives”.

Senior lawyer law firm “Vasil Kisil and Partners” Yury spike doubted the effectiveness of the practical implementation of the presidential decree and the decision of the NSDC, as in the legislation of Ukraine to date, there is no legal mechanism to block web sites (limit access to a web site).

“The ability to restrict access to individual web pages provided by the law on copyright and related rights, but only in connection with violations of copyright law, not in connection with the application of sanctions. Based on this, in my opinion, without establishing a legal and especially technical blocking of websites, the implementation of sanctions against the Russian IT-companies in practice will be difficult,” he said.

The lawyer stressed that the Ukrainians – both physical and legal entities will be able to continue to use Russian social networks or the software and at this stage no reason to hold them accountable is not, however, Ukrainian users will be able to officially purchase the appropriate upgrade.