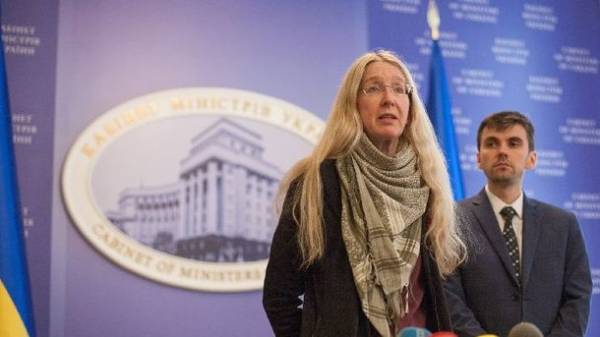 “We, the ambassadors of the countries “Big seven”, recently met with the acting Minister of health, and I want to emphasize our support for the reform plan of health,” – said in a joint statement, the ambassadors.

Diplomats noted that the adoption of this reform plan, which defines the state guarantees the financing of insured health services and medicines through the National health service of Ukraine, is a sign that Ukraine is ready and must move forward on the path of reforms in the health sector and the fight against corruption, in the interests of its citizens.

The ambassadors of the countries “Big seven” consider that the legislation related to health care reform is an important step towards change in the interaction of Ukrainian citizens with a national health care system for the better to ensure that they receive the services they need.

“Under the current leadership already achieved a lot… In particular, accountability and public oversight has led to increased transparency, although there is still much work to be done. We therefore Express our hope that Dr. Suprun and her team at the Ministry of health will have the opportunity to continue its work on health care reform in Ukraine, including through the adoption of the aforementioned law,” the statement noted.

According to the ambassadors, the Ministry and all involved in the reform of the Ukrainian companies will receive full support in this important matter.

We will remind, the Verkhovna Rada of Ukraine adopted the law, according to which the current gospolitiki and hospitals will become a municipal or state (public) non-profit enterprises, and their privatization is prohibited.

For clinics and hospitals this means more independence in handling money, and for patients — the establishment of a clear price list of medical services and treatment.