Wages anti-corruption Prosecutor, Deputy General Prosecutor of Ukraine Nazar Holodnitsky for December amounted to 250 979 USD. This is stated in the answer of the state office of public Prosecutor to inquiry “Ukrainian news”.

After deducting taxes and fees Holodnitsky received 202 038 hryvnia. The salary of the Prosecutor in this case amounted to 57 600 hryvnias.

The salary of the General Prosecutor Yuriy Lutsenko in December was 55 180 hryvnia. After taxes and fees Lutsenko received 44 421 hryvnia.

We will remind, in November salary Lutsenko was 63 600 thousand hryvnias.

Earlier, the authorities repeatedly said that the fighters against corruption should receive high salaries. 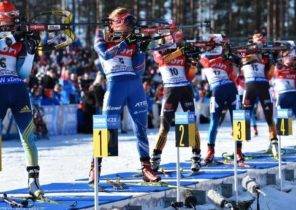 Two-time Olympic champion spoke about the punishment for the Russians.