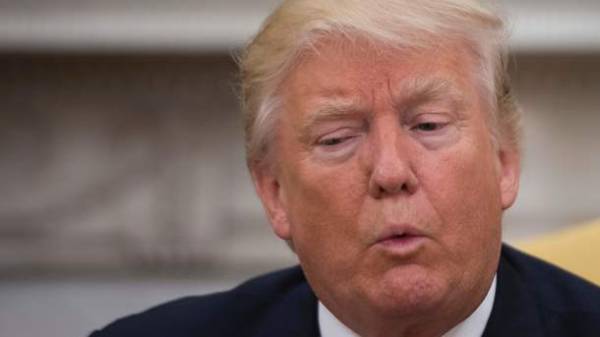 The acting Director of the FBI, Andrew Maccabe told Congress yesterday that the President’s decision of Donald trump to fire James Comey did not stop the investigation of possible collaboration of a team of Republican and Russia. And that’s good news. Despite the fact that trump keeps referring to suspicions regarding Russia, “absolute fiction” and despite a number of gaps in this story, the details that indicate the existence of such links becomes more and more. About it today in an editorial says loyal to the Democratic party the New York Times, reports ZN.ua which lists the main indications that the current US President and his team do can be linked with Moscow, reports ZN.ua.

In Moscow and St. Petersburg, no Trump Tower, but attempts to build them there. Trump and his family tried to start a business in Russia since the 1980-ies. They also developed a business and personal relationship with policy of the Russian businessmen. In 2008 Donald trump Jr. said during a conference on real estate: “Russians account for a disproportionately large part of our assets, particularly in Dubai, in the framework of our project in SoHo, and everywhere in new York.” Journalist James Dodson said that another son of the President Eric trump said in 2013 that the Russians financed the Golf course is trump.

“We don’t rely on American banks. We have all the necessary funding from Russia,” said Eric trump. In addition, Donald trump worked with the family of billionaire Araz Agalarov in 2013, during the organization of the contest “Miss universe” in Moscow.

The publication writes that trump met with a dozen of the most influential Russian oligarchs when he went to Russia, according to the publication Bloomberg. President-in-law, Jared Kushner, is also linked with the Russian scandal. During the transition period Kouchner, who now holds the position of Advisor to the President, met with Russian Ambassador Sergei Kislyak, as well as the leadership of the Russian state Bank. The world would know more about foreign Affairs trump, if he published his tax return, as did all the presidents before him for 40 years. Michael Flynn.

The former adviser for national security Affairs to the Ambassador Sergey Kislyak in a period of transition, reviewing the lifting of sanctions against Russia. For this he paid with his position. In addition, Flynn has received 45 thousand dollars from the Russian propaganda channel RT in December 2015 for the performance. In Moscow on the party channel Flynn sat next to President Vladimir Putin. The Pentagon is investigating, not whether he violated the law when he concealed the receipt of money from abroad before receiving access to classified information. Jeff Sachs.

The chief Prosecutor during a speech in the Senate said he never had contact with Russian officials when they actively worked with the campaign of trump. In fact, he met again with Ambassador Kislyak. By Paul Manafort. The former head of the electoral headquarters of the trump, was appointed adviser to the Pro-Russian political party in Ukraine and former President Viktor Yanukovych, who was supported by Kremlin. Manafort accused of receiving secret payments from Yanukovych and his party. In addition, he worked for Russian oligarch Oleg Deripaska, who is closely associated with Putin. The Associated Press reported that Manafort developed a plan to “protect the interests of Putin”. Carter Paige. Was an adviser on foreign Affairs trump. He had contact with a Russian spy, and also spoke with Pro-Russian speech in Moscow in August 2016 in the midst of the election campaign. Paige also lived for some time in Moscow, where, on behalf of Merrill Lynch worked with the state company “Gazprom”.

Roger stone is not official, but a close adviser to trump. He corresponded with the user Guccifer 2.0 on Twitter. In the United States believe that this page belongs to the Russian intelligence service. Stone aroused suspicion during the campaign because he was surprisingly well informed about the intentions of WikiLeaks to publish the stolen letter to Hillary Clinton. “Trump and his associates can before the hoarse yelling that there is no smoke, no fire. But in General, the known facts point to the incredibly wide network of relations with major foreign powers. Any who care about the credibility of the American electoral process, should want a thorough investigation into how Russia interfered in the elections and for whom”, – stated in the article.