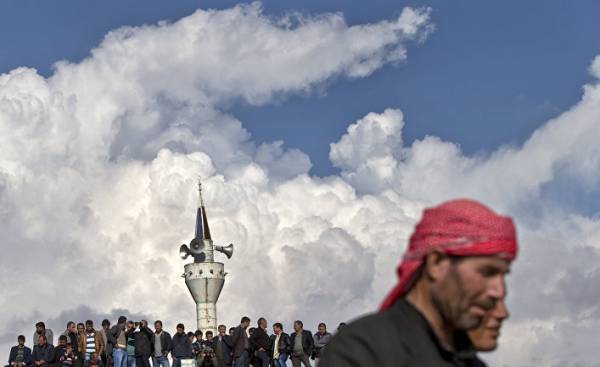 Ferdinando Kamon (Ferdinando Camon) is a writer of another era. He is not afraid to speak about Islam without equivocation. Intellectual, writer, winner of the Strega literary prize in 1978, the author of such acclaimed novels as “the Altar for mother.” At least 17 of his works and articles have been published in the Newspapers La Stampa and Le Monde, and he has also published in various editions of the Veneto region. Yes, because Kamon lives in Padua, and continues to speak about the world, about which he wrote in his books. In a recent interview that appeared not long ago in the newspaper Foglio, the writer spoke to the actual and close his topics — from the complete existence of the peasant world of the sense of the sacred. He also touched upon the problems of Nazism, spoke about the pier Paolo Pasolini and Primo Levi, as well as shared his opinion about Islam.

Perhaps it is because of these statements, the interview of the writer caused this response. Kamon soon after the terrorist attack in the wording of the French satirical weekly Charlie Hebdo said that “they are at war with the West, and the West can defend itself.” Today he expands his assessment, stating that Islam is incompatible with the Western world. “None of the pillars of Islam are not compatible with Italian, French, German and other constitutions, the writer says. — Faithful is more important than the wrong, the man is more important than women, the Emirate is more important than democracy, are three constitutional curse.” Therefore, the “adherents of Islam cannot be European citizens.” This approach is close to the position of some so-called “right-wing” intellectuals, although contradicting it as regards the consequences of migration. “Immigration will continue, says Kamon. But for three generations immigrants will lose Allah. My peasants have become the bourgeoisie, but lost Christ.”

The same thing was repeated later in an interview with the newspaper La Verità: “Immigrants will lose that Allah is the source of their existence and acts. But our civilization will degenerate. It will not be the culture that was 20 years ago: Christian, Catholic, based on constitutional rights. Among those who accept these migrants already widespread unacceptable for me, the idea that they are not obliged to accept our Constitution. One of my sons lives in Los Angeles. As he passed through the procedure of obtaining citizenship, he had to pass an exam on the us Constitution. He was given a month to study it, and then called to ask questions. I don’t understand how London can exist eight Islamic courts, which render their verdicts according to Sharia law. What is the state that acknowledges the existence of justice, but their own?”