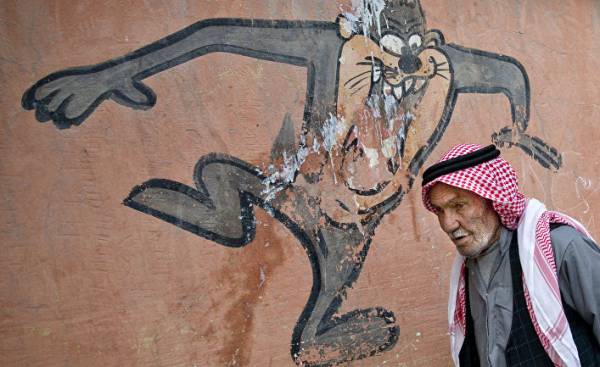 Can you list five Arabic? And what about cartoons? You just don’t remember names of movies, and so long answer to this question? But, of course, quite another matter, if we remember the cartoons produced by the Walt Disney Company.

Most of us are brought up on foreign cartoons: some of them in Japan, and the other part connected with disney princesses and princes. We can easily recognize American culture instead of trying to immerse yourself in Arabic culture.

Animation culture prevails over the culture of education since then, as Disney began to dominate the production of animated films around the world, together with Japanese companies. Animation is an essential part of education, but sometimes becomes a major part of the educational process, especially when both parents are absorbed with work. So, Disney was able to achieve success among children of different generations.

Despite the fact that the first animated film “Snow white and the seven dwarfs” released in 1937, our children still remember it in all details and kept the story in their hearts. However, this has not happened with any of the released Arab cartoons. Perhaps because the Arab animation are unable to produce cartoons that could compete with disney.

Siera animation in the Arab world suffers from an acute shortage of financial support, although it appeared in Egypt in 1935, by the artist Antoine Salem. However, the first animated film in the Arab world appeared only in 1997, after almost 80 years after launching its first cartoon by disney. It was called “Sinbad the sailor”.

For example, we know that in Japan the proportion of Japanese government support in the production of cartoons is 50% -70%, the same thing is happening in France, where the government pays half of the budget of the cartoon or the cartoon series.

The production of Arabic animation

Does this mean we have no real production Arabic animation? Of course not. In the Arab world is dubbing cartoons foreign production, including disney or Japanese animation. In addition, in the Arab world, there is own production of cartoons, but it is not able to compete with the products of Disney World. In the last decade appear Arabic Studio cartoons, which is expected to revolutionize the entertainment market.

Saudi multiplier of Musini founded his own animation Studio. The company of Musini says in his cartoons on political issues in the region, which pokes fun at political figures and issues in the middle East and North Africa. Cartoon characters are two-dimensional caricatures with exaggerated facial features and behavior, so that the audience understood the message that wants to convey to them Musini.

Masini began his career in animation as the co-founder of Fanar Productions, which has expanded its influence by focusing on local Emirati figures, because the company aims to spread the Emirati culture through animation.

Animation Studio in Jordan, develops some innovative animated videos that are very different from the products of other studios. The company manufactures exotic animated videos, which are not considered by many Arab media company. After the appearance of “Crazy bitch” on American TV “Comedy Central” and “MTV”, their name took pride of place in the world of international animation.

Studio Curl Stone Entertainment was founded in 2009 by Jordanian Fadi Barghouti. She develops original content for television and the producers of video games that support Arabic content in the field of animation. The company has launched its own animation project Nashmi Man, which is the Arabic version of Superman. Starring — Jordanian with supernatural powers.

Kharabeesh title was chosen specifically to describe what will be produced in Arabic from the Jordanian Studio (the name roughly translates as “doodles” — approx. ed.). Kharabeesh produces not only animation, but also music videos and talk shows. Their videos are tracked by millions of people in the Arab world, because they focuses on political issues in the Arab region.

Studio Ngerkom produces “Mazamir” — a series of short cartoons with simple animation and ironic look at problems in everyday political life, especially in Saudi Arabia. This animated series started in 2011 and in it there are about 24 episodes. “Mazamir” maintained by the Studio Saudi Marketing Company “AD” since, as the series became popular in Saudi Arabia on the YouTube channel.

Draft “Tunis 2050” tells the story of the everyday life of ordinary families living in 2050. The creators of this series are inspired by the popular comic cartoon Simpsons. The characters of “Tunis 2050” daily face different challenges in Tunisia’s future. This series was created by the Tunisian Reed, Hariani and his Studio CGS. During Ramadan in 2011 in all areas of Northern Africa on the TV screen came the first episode of the animated series on TV “Hannibal TV”.

The Gulf region has made great progress in the world of animation. It started with the first Saudi animated film “Bilal”, which took almost ten years before he was born. Cartoon “Bilal” was presented at the Cannes film festival as the first Arab animation film. The company has promised to release more cartoons, characters who are well-known Muslim personality.

In addition, out of a series of Emirati animated series “IMAR”. This is the first animation project in which the Arab girl is the main character in the cartoon. This animated series would be Eating Stars Studios UAE, and is expected to be released next month in Ramadan.

It seems that the Arab world is no longer dependent on foreign cartoons, and moving at a brisk pace in the direction of cartoons and cartoons from the Arab and Islamic background, that will end the era of traditional and dubbing foreign cartoons. Perhaps soon we will witness an Arab alternative animation Disney.