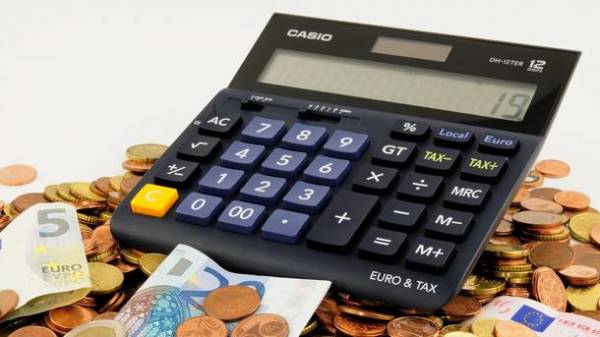 When the entrepreneur reaches the peak point of the growth of your business in Ukraine comes to mind is a logical decision to go with a product or service to international markets. Starts on a massive, almost Titanic work, because it’s a lot to think about: choose a region, find partners, make business plan, study the legal and economic conditions for starting a foreign business projects in each country. This list of the expansionist objectives, special place takes the problem of double taxation — after all, no one is interested to share double their income. We are experts figured out how to avoid paying the same taxes in Ukraine and abroad.

KEYS. Tax the working conditions of Ukrainian entrepreneurs abroad are regulated by the presence or absence of treaties for the avoidance of double taxation. According to lawyers, such a bilateral Treaty between States mean that the same income or the same object can not be double-taxed by two countries only once and only in one country. As a rule, the tax applies to all foreign operations that bring profit to the entrepreneur: the sale of goods, the sale of shares in the business or receiving a royalty (transfer fees, say, the work of interscalene company franchise. — Ed.).
If an agreement for the avoidance of double taxation between the two countries is not, in practice, this could lead to double payment of the same tax. “The scheme of double taxation looks like. Person received income from a business in country A and paid with him, for example, 20% tax. Then he got money in his country B — and again paid 20% tax in the budget of the country,” — explains the head of the representative yurkompanii Immigrant Invest in Ukraine Yaroslav Bulychev.

In our country the rules on the avoidance of double taxation is governed by Tax code and regulations each agreement between the two countries. In NC defined: the income of the payer from certain types of business activities are subject or in the country of origin of the income, or in the country which resident is the taxpayer. “This means that the credit paid outside Ukraine, the tax amounts shall be subject to written confirmation by the tax authority of the corresponding foreign state about the fact of payment of tax indicating the amount of tax paid or collect, base, object of taxation,” Bulychev said. He gives an example: suppose the entrepreneur has a business sewing clothing in Poland and Ukraine. “The owner — the final beneficiary, the resident of Ukraine. The clothes are sewn in Poland, but is implemented in Poland and Ukraine. The income arises in two countries but one object — the clothing. If two countries signed a Treaty on avoidance of double taxation, the entrepreneur will pay taxes in only one country — one where the profit went. That is, if a company sold products in Poland — so there she received the income and paid his taxes. And when the company will have to pay taxes from all activities (all operations in Ukraine and Poland), the taxes are paid in Poland, has to be taken into account in the overall report. And the company will not pay again the income from the sale of clothes in Poland in Ukraine”, — said Bulychev.

EUROPE. According to experts, our entrepreneurs are increasingly exploring the possibility of promoting products in the EU. The reasons are simple: the presence of a solvent clientele, the possibility of implementing the quality and variety of products, friendly eurovesta to the Ukrainian business. “From the point of view of tax fields, this choice is acceptable: in this region, Ukraine has signed treaties with almost all countries. Exception San Marino, Gibraltar, Liechtenstein. But it is worth considering that in different EU rates on the same type of taxes can differ. It depends on many factors: whether the state tax benefits, what type of activities engaged in by the entrepreneur, etc.” — says economist Ivan Nikitchenko.

Therefore it is better to pay attention to countries with low tax burden. According to Eurostat, the average effective rate of income tax in the EU at the end of 2016 was at 20.9%. At the same time, in Bulgaria the tax rate is 9%, and in France — 38.4 per cent. For comparison: in Ukraine the income tax for legal entities — 18% VAT — 20%. “It is necessary not only to see, whether between countries, agreements on avoidance of double taxation. We must carefully examine the terms of this agreement, because different countries may have their own accounting and payment of taxes, presence of specific royalties, etc. Also need to compare the tax rates in these countries,” says Bulychev. Thus, according to him, if the entrepreneur will be able to make the right choice of the country with the aim of further development of the business, it will in the next 5-10 years to ensure the distribution of goods around the interests of the region.