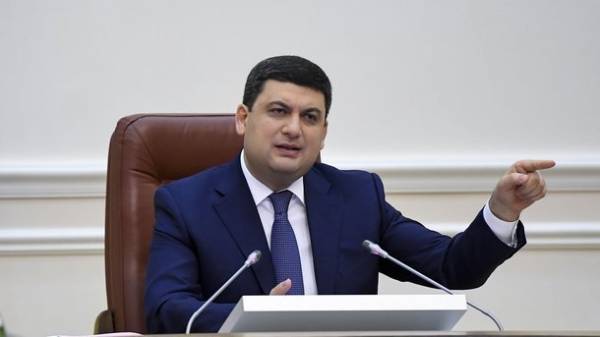 The transfer of the allocation of Ukraine tranche of the International monetary Fund (IMF) caused by the change of the economic situation in the country due to the blockade on Donbass and became a new challenge for the government. This was stated by Prime Minister of Ukraine Volodymyr Groysman, the TV channel “Ukraine”.

“[The IMF has postponed consideration of the question of Ukraine] in order to evaluate and look at what the macroeconomic indicators will be in 2017. I emphasize that this is another challenge for me as Prime Minister to deal with it,” said Groisman.

The Prime Minister reminded that, except for losses directly from the blockade, Ukraine at the Donbass lost businesses that pay taxes in Ukraine, as well as access to Ukrainian mineral resources on the uncontrolled territory. In this regard, the country will have to revise its forecast for economic growth, said the Prime Minister.

We will remind, inyesterday the issue of Ukraine, is scheduled for consideration on March 20, disappeared from the agenda of the meetings of the Board of Directors of the IMF. Now the agenda is painted to 24 March and Ukraine in it.

Today, the national Bank of Ukraine (NBU) gathers an extraordinary meeting of the monetary policy Committee to update the forecasts with regard to the effect of the trade embargo. The decision of the IMF, the NBU reserved comment on: “Ukraine is in the cooperation program with the IMF. … Recent course of events requires further study of their potential impact on the economy and incorporating them into macroeconomic projections of the programme of cooperation with the Fund”.

The entire program provided Ukraine with about $ 17 billion of which have already been allocated 7,7 billion dollars.