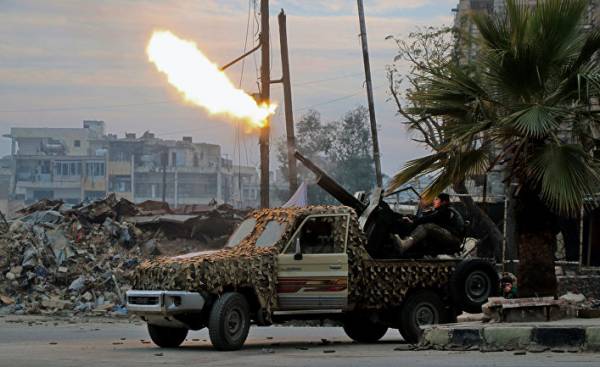 Even after the American missile attack in Syria, which were deposited on 6 April, prospects for the conclusion of the civil war do not exist. Escalates the confrontation between the US and Russia, which supports the Assad administration. About the civil war in Syria and Russian-American relations we talked with a representative of the Washington Institute for Near Eastern studies and a member of the opposition that oppose the Assad administration, Ibrahim al-Assila.

Erina Takahashi: the United States and so on insist that on 4 April, the Assad administration has used in the North-West of Syria’s chemical weapons.

Ibrahim al-Assil: 100% it was Assad’s administration. The fact that fighter jets and helicopters are only the authorities. This time were bombed with toxic substances. The government uses chemical weapons in 2013. However, the problem is not just chemical weapons. Since 2011, when the civil war began, killing more than 500 thousand people. Most of them were killed not by chemical weapons.

— Russia is on the side of the enemies and criminals. Russia knows all about the Assad administration. They know what are weapons and what they hit. Their statements that they do not know, can only wonder. Russia should play a constructive role and take action to stop the barbaric actions.

— How do you feel about American missile strikes in Syria?

— I’m in. Assad’s administration for six years is killing its own people using various weapons. The primary objective is to protect its own citizens. It is necessary to exert military pressure on the Assad administration to come to negotiations on a political solution. You need to prepare an environment that will pave the way to negotiations. I believe the US delivered precision strikes on bases of the air force to avoid civilian casualties.

— How the persecution of Assad’s administration subjected the people?

In 2002, he was arrested and tortured my friend, who was engaged in peaceful activities in a small town near Damascus: he campaigned for the Smoking ban. The government prohibits even such a moderate movement. In 2011 we went up, demanding change. Nevertheless, we are faced with violence from the authorities. I was arrested in November in Damascus. Immediately after I took part in a peaceful anti-government demonstrations. I was beaten on the street and taken to jail. There I was tortured and interrogated for four days. After that I never returned to Damascus.

— What happens in the regions that are under the control of the opposition?

In the North, who control the militias, I have been several times in 2013 and 2014. The situation there is far from ideal. There were various armed groups. However, there is better than in the regions which are under the control of Assad. The government scares people: “chaos or power.” Since 2011, many activists were arrested, tortured and executed. Torture scares you the most, is worse than death. People who want peace, pursues both power and the “Islamic state” (banned in Russia — approx. ed.). The situation has worsened due to the fact that the authorities and Russian forces launched air strikes on hospitals and warehouses to assist. Public organizations are doing much in conditions of limited assistance: supports hospitals and schools, collect information about violence. The global community needs more assistance and negotiating efforts in order to stop the bombing and mass murder.

— In what position are the citizens?

— Six years of civil war, many families changed their home several times. Children cannot go to school. Public organizations try to conduct classes, but this is extremely difficult because of the constant bombing. The majority of Syrians does not support Assad administration. The authorities are supported by Russia and Iran, using military force. Victims are already more than 500 thousand, but people will not obey the Assad administration. Any government would be better than Assad. We need change to make Syria better.