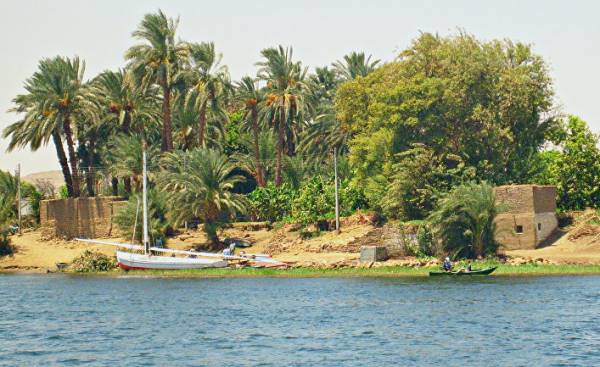 Saudi Arabia faces many problems in the field of water security. In this regard, the Saudi academician, an expert in the field of physical geography Mahmoud Dawan requires the government to consider again the question of the country’s supply of water from the Nile across Sudan. In an article published in the local newspaper under the heading “Search for new water sources,” Davan points to a similar experience in this area and it is necessary to consider the proposal. Every year water consumption in the country is increasing, and currently, the state can not meet the needs of the Saudis, relying on only one desalination.

In the article the Saudi expert illuminates the position of the Sudan on this issue. He mentions about how the proposal might respond to the other countries whose interests may be affected. Among them in the first place should be allocated to Egypt, which opposes reduce their quota for water abstraction as opposed to other countries of the Nile basin.

The idea is not new

First of all, it should be noted that the idea of supply Saudi Arabia of water through the territory of Sudan is not new, and it does not belong to the author. The Kingdom has repeatedly acted with such an initiative, especially during the reign of king Faisal, and the initiator then was Prince Mohammed al-Faisal. He proposed to collect water from the Nile through the pipe, which extends from the riverbed to Jeddah at the bottom of the red sea.

This initiative was designed to provide water to the provinces of the Western region in the first place, the two sacred cities of Mecca and Medina. In particular, such a method was proposed to satisfy the water needs of all pilgrims to the Hajj period, when the level of water consumption increases twice, however, king Faisal rejected the proposal. 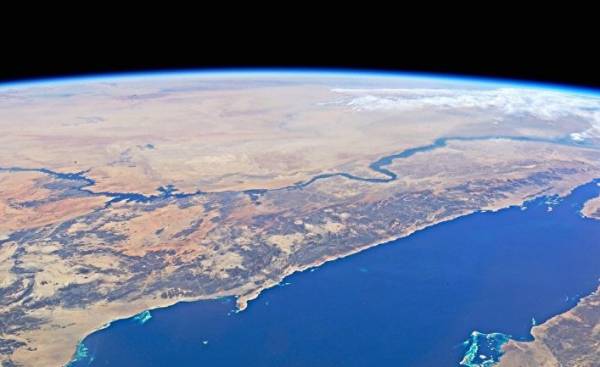 Faisal the failure was due to unwillingness to be in a situation where water security in Saudi Arabia would depend on the will of another country, forcing the Kingdom from time to time to put pressure on her, fearing to get involved in the conflict. However, at that time, king Faisal found a better way to provide the country with water desalination.

In 2013 at the world economic forum in Riyadh, the experts presented the results of their research, which was devoted to the problem of water resources in Saudi Arabia. They called for the implementation of pilot project on diversion of water from the Sudan by the ministries of agriculture, water resources and electricity, aimed at the replenishment of groundwater that are depleted in the district of Najran. If successful, this project would be a first step towards providing water to all cities of the Kingdom.

In support of his proposal Saudi scholar has mentioned about similar projects implemented in some countries of the Persian Gulf. To ensure water security of these countries decided to diversify the sources of water resources, ceasing thus to rely on only one water desalination.

Among the most famous experiments — the pipeline project, which stretches from the river Indus to the city of al ain in the UAE through the desert of the Sultanate of Oman. It is expected that this project will provide the UAE with the necessary amount of fresh water stored in the lake as a strategic water reservoir, and then, if necessary, will be distributed between the other Emirates.

If the project is successfully completed, it will allow us to meet the needs of all Emiratis in the water, whether in the home or in agriculture, which in turn will benefit the development of the state as a whole, and will also allow solving the problem of water security in light of the numerous difficulties associated with the operation of desalination plants.

The fact that a large part of the territory of Saudi Arabia is a barren land of deserts, imposes a significant imprint on the state of its water resources and the future of the Kingdom. So, the Saudis suffer from a severe shortage of clean drinking water — the country has no freshwater sources.

Initially, Saudi Arabia has relied on groundwater, which was able to provide each resident of 76 cubic meters of water per year, while the average level of water consumption per capita in the world is 1000 m3 per year, which talked about the problem of water scarcity in the Kingdom. That is why it was decided to resort to desalination.

In spite of the country’s largest installation of desalination of sea water the population growth and the subsequent doubling of water consumption are a greater threat to the future of Saudi Arabia. This prompts the leadership to invest more in the area of water and the search for new resources. According to experts, the Kingdom needed a $ 30 billion investment over the next fifteen years in order to meet the needs of urban and rural areas of the country in water.

Water crisis and scarcity of water resources prompted the Saudis to find new sources. Thus, the idea was revived to supply Saudi Arabia with water from the Nile through the Sudan. However, this raises the question: will the Sudan such an offer or see it as a threat to their own quotas for water abstraction from the river?

Relations between Saudi Arabia and Sudan today characterized by an unprecedented understanding. The country is continuously exchanged official visits, and agree on many international issues, among which primarily one should mention the problem around Iran. In particular, the Kingdom has promoted the lifting of sanctions against Sudan in exchange for curtailing its relations with Tehran.

Saudi Arabia sees in Sudan’s main ally on the African continent. If to speak about the economic side of cooperation, the Kingdom is investing heavily in the Sudanese economy, in an effort to revive the local market, and as a result, profit from investment, especially when you consider that Khartoum has large economic resources. As for politics and security, not least the promotion of Khartoum in the security and facilitation Saudi economic and military presence in the horn of Africa region, where the border with Yemen and begins the area of countering Iranian influence.

The similarity of positions on international issues and a strong relationship between the two heads of state, without doubt, open doors for implementation of the above proposals, if the Saudis still decide to do so. Most likely Sudan will approve this initiative, especially if its implementation will not affect its share of water.

Sudan has abundant water resources, not to mention the large volumes of unused water, so the water transfer to Saudi Arabia would have negative consequences for the Sudanese in the present or in the future. Perhaps, Khartoum even see in this proposal an opportunity to protect themselves from the threats of regular flooding, as a result of which a considerable part of the territory of Sudan is under water.

On the other hand, the water flow from the riverbed of the river Nile in the Sudan to Saudi Arabia through a pipe running along the bottom of the red sea, may be for the Kingdom as the solution to all problems, since the distance between Sudan and Saudi Arabia does not exceed 300 kilometers. Thus, when the mutual desire of the countries the project is feasible.

However, whether this idea is implemented or not, depends only on the will of Saudi Arabia and the Sudan, as the region is another strong player whose position on this issue cannot be ignored. Thus, the implementation of this project poses a threat for several countries, primarily Egypt. What will be the reaction of Cairo, when Riyadh and Khartoum will announce the beginning of construction of the mentioned pipeline?

The Position Of Cairo

Despite the fact that river Nile is one of the largest freshwater resources in the world and Egypt stretches along the river from South to North, in the country there are already harbingers of a water crisis. At risk is the future of the whole country, especially in light of the imminent completion of construction of the Renaissance dam in Ethiopia, which has become a nightmare for millions of Egyptians.

The quota of Egypt for water abstraction from the Nile river does not exceed 55 billion cubic meters of water. Given that the population is growing and soon will reach 100 million, it will lead to a reduction of water consumption per capita up to 700 cubic meters a year, while low, was approved by the United Nations, is 1,000 cubic meters. In such case, the country will face a shortage of water.

The economic situation in Egypt does not allow the user to search for new water sources, especially in respect of construction of desalination plants. Under these conditions, the main source on which you can rely on the Egyptians, remains the Nile river, and therefore the problem around the Nile becomes critical.

Despite attempts to calm Egypt, assuring him that the construction of the Renaissance dam will in no way affect the value of the quota that should be noted, refuted specialized in this field by experts and analysts, Cairo holds the levers by which it can influence the situation in order to ensure its own water security. It is not in doubt, even if today we see that the Egyptian leadership refers to the water problem with some disdain.

In that case, if Khartoum and Riyadh still proceed to the implementation of water supply project, Cairo will undoubtedly strongly oppose it. This forces analysts to say that Khartoum will not dare to make such a move because it understands the threat this project poses to Egypt. Given the tensions in relations between the two countries at present, such a move could lead to a response, including military clashes, according to some experts.

On top of that, there are those who believe that the Kingdom can not implement this project without coordination with the Egyptian side, in particular, without giving the latter assurance that he would not harm Egypt’s quota for water abstraction and water transfer will be carried out only from the share of the Sudan.

However, in the light of impermanence, which characterizes the relations between Cairo and Khartoum, as well as differences in the positions of Cairo and Riyadh and strengthening of ties between Saudi Arabia and Sudan, all the scenarios become possible. Probably, the parties will use all means at their hands the levers to influence the situation the most advantageous way.