The study of how people of different countries imagine your personal space, it is assumed that the Russians like to stay close to each other. Is it connected somehow with the language and public housing?

Why the Russians have no sense of personal space? The study, published in the Journal of Cross-Cultural Psychology, were interviewed 9 thousand people from different countries to calculate the international dimension of personal space. The Russians were in it in the “invaders” that suggests either extreme poverty or extreme pressure.

The study was an attempt to test theories about the relationship of temperature and distance of people in conversation. Some sociologists believe that the warm weather brings people together. The other — it increases a distance between them because of the risk of infestation and disease. Evidence found the first assumption. (The warm climate really destroys personal space. Indicators of Argentina was extremely high). But then there were exceptions. It turned out that in Russia, private space is equally limited, as in Argentina, which greatly complicated the study results.

The Russian example, however, is not due to climate, and mentality. One of the first things I learned in the process of learning Russian is that there are no words for the personal spatial category. You can say: “Leave me alone” or “Leave me alone”. It is obvious that the idea of “private ownership” existed, otherwise it would not have been banned in the era of the Soviet Union. But it is impossible to literally translate the phrase “ARS you give me some privacy?”” Transfer this situation to the concept of personal space would not be an exaggeration.

In Russian language you can have a “private life”, you can keep “personal files”. There are many words for solitude and loneliness — it’s amazing!
But there is no single word that would mean the physical space around you that should be private and belong exclusively to you. His role here could not play the experience of communal life. Most people who were born in Russia in the period from 1900 to 1980, at some period of its existence, lived in a communal apartment. And this is the place where there is no personal space.

And what about the British? We were, of course, among the most sensitive in the survey. However, in a strange way, Romanians with even greater distrust of strangers than we are. The British kept one meter from a stranger and come by 50 inches to their friends. To friends — 80 centimeters. That, in my opinion, corresponds to the distance at which you can feel the evil breath of the interlocutor. No, thank you. Unless you have been in the Moscow metro — in this case, get ready for a closer embrace.

Honorary Consul of Russia Ales he: “I join Czech and Russian business and take care of military graves” 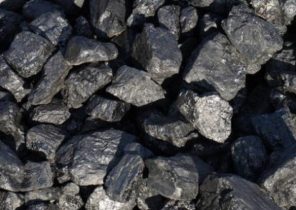