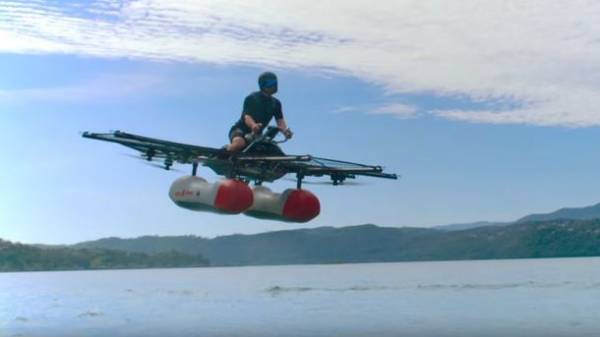 Companies that develop aeromachine have to face many problems such as short battery life or the issue of pilot training. Maybe even have to break the law/

The dream of flying cars will never die. Engineers sometimes “push” her for a while, but always come back. Last loud statement belongs to the company Uber. Last week its leaders announced that the first working prototype of branded air taxi fly in three years. But, no matter how cool it may sound, air taxis nor Uber or other similar flying vehicle is not meant to replace cars in the near future. Popmech.ru explain why.

1. Battery. Even the most advanced batteries energy density is about 100 times less than the energy density of gasoline. Without radically new technology, electric air taxi can not fly away.

2. Stabilization. Video American startups Kitty Hawk, you may notice that they have developed a flying car was swaying and twitching. Only a few seconds of the flight, and she can’t even fly straight and make a neat turn. Probably because stabilization is a big test for the hovering vehicle. Small objects, such as drones, no problem with that, but a car large enough to hold a person’s needs in more complicated settings, the response time of the team increases. Hence the jiggle.

3. Drop. If the plane lose the engine, the pilot will be able to apply an emergency landing. The helicopter in this case you can use the autorotation, which uses gravitational energy to rotate the blades of the rotor. Quadcopters with fixed blades can’t use autorotation, so they just fall to the ground.The same awaits aeromachine. Kitty Hawk looks like is going to avoid this problem the easiest way is to limit the ability of the flight up to 4.5 meters in height.

4. Pilot. From the presentation of Uber it is unclear who will drive the vehicle in the air — autopilot. In the second case, the company should think, where they take a number of employees, pilots today are not enough even in the aviation industry.

5. Law. Even with the air taxi you will not be able to land where you want. It violates the law. Rules for landing aircraft vary even in different cities of one country. Many of them are prohibited from landing outside the airport or special areas. Uber can only hope that with the advent of air taxi rules they want to rewrite.