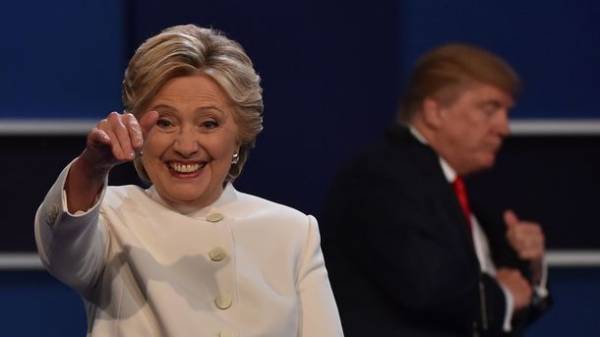 The former candidate in US presidents from Democratic party Hillary Clinton, defeated in the presidential election of 2016, explained your loss “intervention by Russian hackers and the actions of the head of the FBI James Komi”. She stated this in an interview with CNN – RBC.

Clinton stressed that assumes full personal responsibility for his defeat, but explains it “the events of the last 10 days” before the election.

“If elections were held on 27 October, I would be your President,” Clinton said. In her opinion, one of the reasons for its defeat became “the actions of the Russian hackers” in which she places the responsibility for disclosure e-mail of the head of its election campaign John Podestà.

The second reason, according to Clinton, was a letter from the head of the FBI James Komi from October 28 to Congress on a new inquiry about her correspondence when he was Secretary of state.

“I would have won if not for the letter of James Comey as of October 28, and the actions of the Russian WikiLeaks, which sowed doubt in the minds of many people who were willing to vote for me, but in the end got scared,” said Clinton.

Besides, Clinton did not rule out that its victory was prevented by the misogyny. Responding to a question, she said, “Yes, I think it played a role.”

The correspondence of the head of the election headquarters Clinton John Podestà portal Wikileaks began publishing on October 21 of last year – about two weeks before the election. Responsibility for the attack on the servers of the National Committee of the Democratic party, which was stolen, including correspondence Podestà, U.S. intelligence agencies put on Russia, accusing it of meddling in the election. Russia has denied accusations of meddling in the US presidential election.