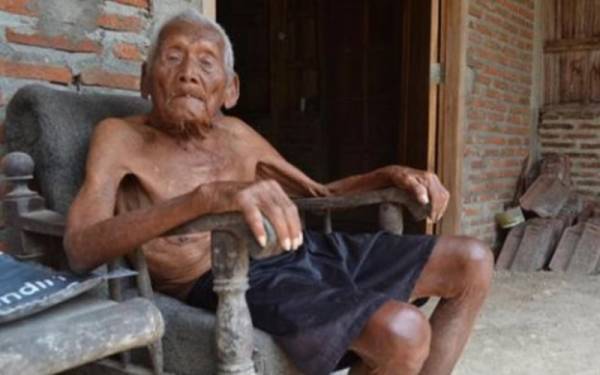 A man named Sodimico, which, presumably, was the oldest citizen of the world, died on the Indonesian island of Java at the age of 146 years, transfers Bi-bi-si.

In the past year, the office of population registration and recording of acts of civil status of the district Sragen on the main Indonesian island of Java confirmed the correctness of the issuance of local resident Sodimico internal ID, which indicates that he was born 31 Dec 1870.

However, as marks Bi-bi-si, the vital registration in Indonesia started in 1900, so it is for certain to determine the age of born before this period is not possible. If the data about his age, confirmed by independent experts, Sodimico officially called would be the oldest man in the world.

It is reported that health Sodimico, also known as grandpa goto (Mbah Gotho — commonly called the resident villagers), failed in early April he spent several days in the hospital and then was discharged and sent home, but since then almost nothing to eat.

Grandpa goto survived ten brothers, four wives and all his children. His grandson reported that Sodimico was buried Monday at the cemetery, the place where bought a few years earlier.

Earlier it was reported that he died the oldest woman on the planet 117-year-old Italian Emma Moran. She was the last one born in the 19th century.