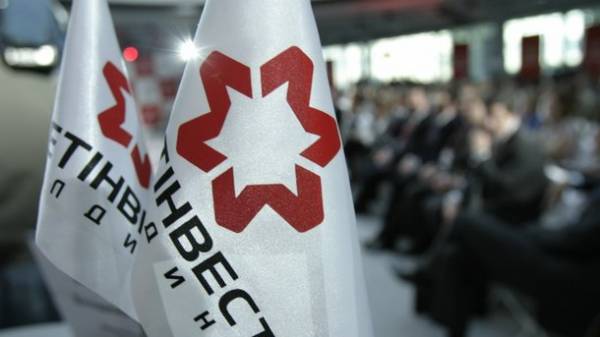 Metinvest group donated approximately 14.1 billion UAH to budgets of all levels in 2016. Despite rising costs, tariffs of natural monopolies, infrastructure problems and ongoing hostilities in Eastern Ukraine, the group managed to keep the total amount of tax deductions at the level of 2015. 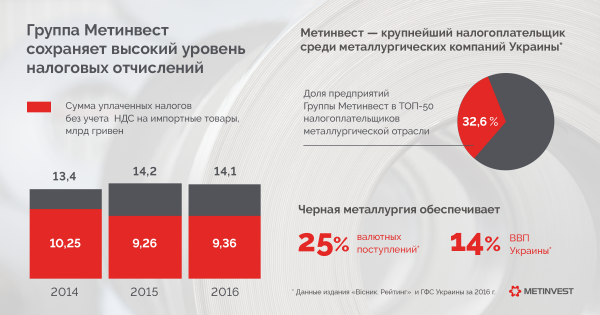 “Maintain the size of taxes paid in 2016 at the level of the previous year is an indication that despite all the current difficulties Metinvest group continues to be responsible taxpayer, who is one of the leading representatives of Ukrainian business at the amount of taxes paid. We realize that the budget of our country is in dire need of resources to implement programs of social protection of the population and infrastructure development. Due to the process of fiscal decentralization, all large amounts of tax remain in place. Residents of Zaporozhye, Krivoy Rog, Mariupol and other settlements, where Metinvest’s enterprises are town-forming, are now increasingly feel the effect of our work. And the leaders of the local authorities of these cities have more resources to make life of citizens more comfortable,” – said the General Director of Metinvest group Yuriy Ryzhenkov.