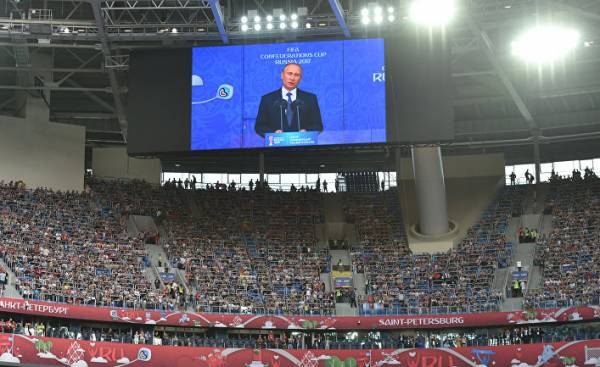 When Vitaly Mutko takes the microphone and expresses his opinion, seems to compete with one another, the words “outdoor” and “free”. It is evident that both these concepts are controversial Vice Premier and football functionary often uses in his speech. And at the end of a press conference at the stadium Krestovskiy in Saint Petersburg, the words “outdoor” and “free” can accept a fair draw by the number of mentions.

Russia, according to Mutko, is an open and free country. This is the message a close associate of President Vladimir Putin wants to transmit to the world before Saturday game Russia vs New Zealand will start the Confederations Cup. Russia is ready, all is good here, the football world can come.

The football world is now in the city of Vladimir. Two weeks will last Confederations Cup, General test of the world Cup next year. In the interval between these events in March there will be presidential elections. Both summer soccer events of high political significance and will be the pinnacle of proclaimed political leadership around Putin’s “decade of Russian sport”, for which the country has produced so many major sporting events and in which it has significantly strengthened its influence in international sport. The Confederations Cup and the world Cup should be a big holiday that the Kremlin can celebrate accordingly.

Holiday? There has never been a world Cup that would have caused such a storm of criticism. This concerns, on the one hand, the General political situation in Russia from illegal actions in the recognition of the Crimea to the plight of minorities in the country. And on the other hand, it concerns the events immediately surrounding the Confederations Cup and world Cup.

And FIFA believes that everything is in order

About giving Russia the right to host the world Cup seven years ago, there are still suspicions of corruption. The cost of construction of stadiums and infrastructure to reach at the current exchange rate a good ten billion euros, so expensive was not even a single world championship. Symbolic can be considered as one of the St. Petersburg sports arena, where the representatives of the Russian organizers and FIFA on Friday wanted to set the tone for the upcoming tournament: its construction cost in the end to 46 billion roubles (in recalculation about 716 million euros).

In the opinion of anticorruption experts, much of this amount flowed through the dark channels. Regarding further appropriate and effective use of about half a dozen world Cup stadiums while there is no clearness. Human Rights Watch recently submitted a report, which reiterated many of the charges: according to these data: on the world Cup construction sites was recorded 17 deaths, many late workers received their pay and were forced to work under appalling conditions. The building was also used North Korean prisoners.

But Deputy Prime Minister Mutko says: all right. FIFA said Friday the person sitting next to Mutko, the Secretary General Samura Fatma (Fatma Samoura): all right. “From our side there are no requirements on the most important topics. There are only minor technical details that we are discussing”.

The head of FIFA, Gianni Infantino (Gianni Infantino), among others, did not say anything about this at that press conference, because he’s simply not there. Surprisingly his calendar is planned in such a way that he returns from a trip from China and therefore he did not have to listen to the questions about human rights or about expensive stadiums. But still I well remember how a year ago he said after a meeting with President Vladimir Putin: “We feel in Russia at home.”

The organizers still remember how it was when the football world last gathered for the Confederations Cup in 2013 in Brazil. The people protested on the streets, what is happening around the tournament was more important than what took place at the tournament. It was the anger of the people over the greed of the elite and social situation, including by reason of the fact that the country despite financial problems wants to afford such worth billions major events like the world Cup and the summer Olympic games.

In Russia the situation is also tense. Public discontent manifests itself very clearly, which was not for many years. The high price of football declared holidays many people just confusing, because because of the economic situation on many other things money is not there. Striking truck drivers, residents of Moscow outraged by plans for resettlement, and especially the excessive corruption brings many young people to the streets. Several thousand young people held demonstrations in March and 12 June in many Russian cities. The main opposition leader, Alexey Navalny would like to run in the presidential election in March next year. The confederations Cup would be a perfect platform for these groups to draw attention to yourself and also the international community.

However, the regime did everything to create difficulties and opposition forces. At the time of the Confederations Cup and the world Cup is limited to the right to demonstrations and meetings. This was already at the Olympic winter games of 2014 in Sochi. There the protest was allowed only in one specially provided for the area — far from the Olympic events in a small Park in the shadow of the overpass. 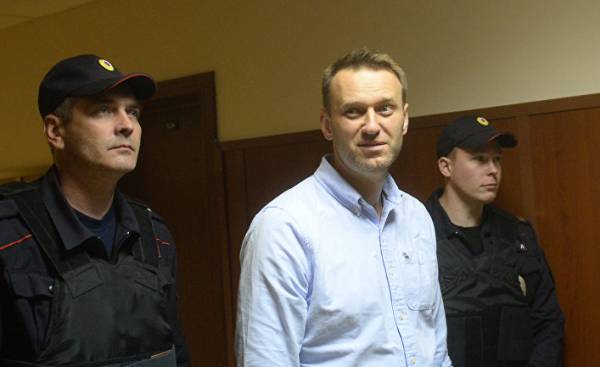 In addition justice after the last protest demonstrations sentenced the instigator of the Bulk to 30 days in jail. And it is too familiar. Before the games in Sochi in 2014, was arrested environmental activist Evgeny Vitishko, who constantly spoke about violations in construction and damage to the environment of the Black sea. He was arrested because of such things as damage to the fence and swearing at the bus stop.

This time got the Bulk. This 41-year-old man is more complex than it sometimes seems in the West. Previously, he played primarily on nationalist grievances. In opposition circles, there is still no consensus about whether enough has changed in Bulk. In any case, he is the head of the protest movement, which can cause problems for Putin during the Confederations Cup. Here, from the point of view of the regime, will not hurt, if at the time of the tournament Navalny will be arrested, and this arrest will be a signal to other critics of the regime.

When on Friday we were talking about the possible protests during the Confederations Cup, the Deputy Prime Minister at first seemed somewhat mocking, then relatively calm. “I don’t know what You mean. In Brazil was a completely different situation. We are peaceful and stable country,” he says. Of course, the demonstration, according to him, is possible, but “we have laws. and all must respect them”. However, these laws speak only of a very limited permission for the demonstration. FIFA said on this occasion that she supports the right to demonstrate, but would show full understanding of, if on the occasion of major sports events would have taken “additional procedures and rules for security”.

However, perhaps the organizers will have in the end to deal with another problem, namely with a small number of spectators. Of all the 700 available tickets for the 16 matches of the Confederations Cup in Saint-Petersburg, Moscow, Sochi and Kazan while sold a total of 70%. Only the third group match Russia vs Portugal until sold out completely, even for game of Friday’s opening could still get a few thousand tickets. And tickets sold, again according to the organizers, only five percent received foreign fans, that is about 25 thousand. So few foreign fans will be able to see how open and free is Russia in 2017. 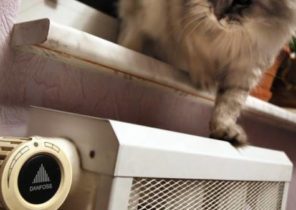 Warmth “with the return”: why are they so profitable