In Europe this year will be a very important election, and American politics has not yet recovered from the scandal involving the alleged Russian interference in the presidential race in 2016. In these circumstances, the liberals in the West are sounding the alarm and talking about the prospects of Moscow’s interference in the electoral processes in different countries, from France to Serbia. Moscow is actually openly recruiting for the Alliance with eurosceptics and nationalists across the continent. But, as it was with Donald trump, Russia prefers these political forces not because of ideological affinity and not due to secret financial ties, and by virtue of the fact that some candidates are much closer to her and unable to satisfy her most pressing political needs are more willing than others. Not Russia gave rise to euroscepticism and marine Le Pen. As in Soviet times, Moscow just saw existing in Western society contradictions and trying to use them to their advantage. Today’s the turn of Russia towards far-right groups is very similar to the Soviet support of leftist forces in the 20th century. And those and others against the system, weakening the local elite and interblock unity, which national governments have to negotiate with Russia from a position of relative weakness. Judging by the current state of Russian-American relations, Moscow’s actions can leave her side, if tactical victories will give way to a new, powerful, and long-term Russophobia. But opposition liberal societies Russian attempts to deepen existing divisions and “deliberalization” political space must also be long-term and include measures to combat fraud and actions for more effective promotion of the advantages of an open society.

Europe: what is at stake for Russia?

Although the FBI and Congress to continue their investigation of Russia’s actions to intervene in the presidential election, Western leaders and analysts fear that President Vladimir Putin wants to repeat in Europe the success of the alleged election trump. They believe that the Russian leader has a powerful motive to stay in power in a particularly difficult period of time, when the country took on more foreign liabilities, and that he has complete freedom of action due to the lack of clear rules for cyber war. The obvious purpose of the Russian intervention, is to introduce confusion in the European elections through well-calculated leaks and hacker hacking of voting systems, and to bring to power or to enter into the composition of the coalitions supporting Russia and opposing EU politicians, or just politicians to weaken mainstream among supporters of Atlanticism. As a result, Europe has weakened the desire to keep anti-Russian sanctions to support Ukraine and pressure Moscow to stop support Syrian President Bashar al-Assad. All this can be achieved without costly and dangerous escalation of tensions. Especially important this year’s elections will be held in Bulgaria, France and Germany.

Moscow has at least ten years trying to change the international order through the elimination of the Euro-Atlantic domination and transition to multi-polarity. Russia supports right-wing organizations of skeptics and politicians, because it failed to find common ground with the EU on fundamental issues of cooperation even before the Ukrainian events, which only intensified these contradictions. Populists and opponents of the EU existed in Europe long before the arrival of Putin (the party, which today is headed by Le Pen, her father Jean-Marie created in 1972), and they are not forced Putin to hold current political positions. But Putin understood the existing relationship and began to act accordingly, in order to weaken the European Union. Parties of eurosceptics there are some ideological similarities with Russia, and they also use its diplomatic and financial support, as Russia considers them important enough and worthy of her attention, for they demonstrate to the electorate its distance from the Euro-Atlantic mainstream.

Russia’s intervention in last year’s U.S. elections, about which today speak much, it was unprecedented, but such activity is consistent with a long tradition. Before and during the cold war, Russia has used a variety of means to influence policy in Europe and the United States. This can and must become today an important political lesson. Since the beginning of the post-revolutionary era to the end of de-Stalinization Russia has carried out overt and covert half-hidden activities, working primarily through the Komintern, Kominform and local front organizations. When the cold war and the revelations of Stalin’s crimes, the appeal of Soviet communism has subsided, the Soviet Union changed the tactics, and in 1970-e and 1980-e years supported the anti-nuclear movement and the struggle for peace. By adopting this approach, the Soviet Union took advantage of the political polarization in Western societies and the conflict of generations between those who have experienced the tragic events of the Second world war, and those who had not yet been born. Supporting organizations committed to Western values, but it was out of step with the main forces in the face of anti-Soviet parties, the Soviet Union used the openness and liberalism of Western societies against the West.

Today’s cyber intervention of Russia are also part of a larger set of tools. And although they look frightening, the former head of cyber security policy of the Obama administration called them “pretty primitive”. He said, “you can do It in about 60 countries from all over the world to carry out attacks against third parties, to steal documents and mail correspondence, then selectively publish them, creating unfavorable conditions for such third parties. It’s a pretty gross interference”.

Moreover, Russia is basically openly supports European parties are preferred. The ruling Putin’s party “United Russia” has signed cooperation agreements with the Italian “Northern League”, with the Austrian freedom party and the Greek party “Independent Greeks”. She is host of MEPs from the Italian “five star Movement”, leaders of the National front of Le Pen, the German party “Alternative for Germany”, the Hungarian “Jobbik” Bulgarian “Attack” and others. It establishes interaction and at a lower level, say, participating in conferences. Le Pen openly appealed for financial assistance to connected with Russian banks and received it, and in March struck a resonant visit to Moscow.

For Moscow in the “successful” intervention in the European elections lies a paradox. If in a particular country will talk about what kind of party wins due to Russian intervention that poisons relations in the community or is an invalid ways (covert funding, electoral fraud), then replace short-term tactical successes of the victory is ready to cooperate with Moscow candidate will be here in the long-term Russophobia. An example of this can serve the current mood in Washington. Although Russian influence on the election might be null and void, representation about Moscow as about the participant of this contest gave rise to a very powerful and long lasting resistance.

In Europe, we may see a similar rejection reaction. Realizing the consequences of Breccia, some eurosceptics were disappointed, and it was a reflection of the new sentiments, namely that “maybe Europe is not so bad.” If Moscow considers an accomplice, Russia will be in an unenviable position.

This combination of how polarization in Washington and wariness in Brussels threatens Russia with serious and long-term strategic implications, because it will have a collective view as a revisionist power. If after the elections in France and in Germany, the authorities remain liberal policies, as in the Netherlands, it is likely that the Euro-Atlantic community will come to a consensus in their negative view of Russia because of its interference in the internal politics of other countries. If in one state will be taken to deter or punish Russia, then these can be taken by other countries.

Now, as during the cold war, Russia apparently is not able to predetermine the outcome of foreign elections. But she certainly could make a mess in the information space. She often comes thus, exacerbating the sharp political divisions in open societies. Recent remarks of former President of Estonia Toomas Hendrik Ilves applicable to the cold war era, to the current situation: “what they’re doing, it’s asymmetric. What they do with us, we can’t do with them. This can be said of all authoritarian regimes. Liberal democracy with a free press, free and fair elections is at a disadvantage, because against her you can intervene. And the tools of democracy and freedom of expression against authoritarian regimes cannot be used”.

The West must understand that openness can be a disadvantage in the information war, but for most companies this is a source of strength. A limitation of such openness in the tactical interests of defense is a manifestation of lack of foresight and strategic imprudence, since in this case the West is inferior to the other key source of attraction. Direct retaliation justifies escalation only on terms that are favorable to those who seek to avoid traditional confrontation.

To limit the effects of foreign intervention in elections, it is necessary to seek long-term solutions. First, in the fight against so-called false facts should be a two-pronged approach of supply and demand. On the one hand, information providers should apply various measures of self-control (which has already begun to do Facebook). On the other hand, it is necessary to increase “information literacy” among young people, that is, to teach her to distinguish true information from false. Now in the German Bundestag is considered attracted a great deal of attention to the draft law, which specifically equates misleading and similar to news messages (fake news) to hateful statements and incitement to hatred. According to this draft law, the social network will be required to remove such objectionable materials, but otherwise they will be punished with fines. The law can be adopted before the September elections, and EU officials are already thinking about how to extend it to the whole of Europe. Secondly, the political elite of Western countries have to recognize that the isolationist and nationalist trends as well as dissatisfaction with the establishment find fertile ground, because the society is not satisfied with the political and economic changes, as it was in the 1970-ies and 1980-ies. If you find attractive ideas against populism, it will reduce the appeal of populist rhetoric and false facts, and will hold a clearer distinction between open societies and closed. 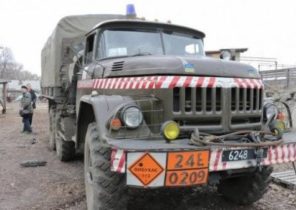