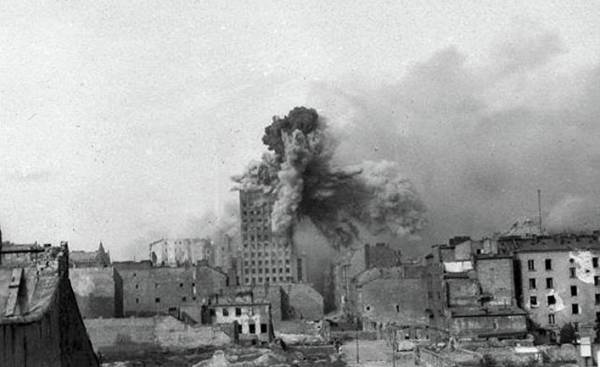 Interview with Wieslaw Vysotsky, head of Department of history of the XIX and XX centuries, history Department, University of cardinal Stefan Wyszynski in Warsaw.

— wPolityce. pl: defense Minister Antony, Macarevich (Antoni Macierewicz) stated that Poland has never renounced war reparations from Germany, and she is obliged to return the Polish people a huge debt. On what basis can we demand now from the Berlin of compensation for the damage inflicted on the Germans in our territory during the Second world war?

— Wieslaw Wysocki (Wiesław Wysocki): After the war we did not receive compensation own shares, since our law was passed to the Soviet Union to compensate all the losses were in Moscow. In that moment, when there was the GDR, the Polish government refused reparations (of course, this was only “good Germans”, as they were presented by the propaganda), however, the relevant body of the UN that are not recorded. On this basis, we can demand reparations now. I recall that when mayor of Warsaw was Lech Kaczynski (Lech Kaczyński), the German side demanded compensation for the expulsion of the Germans. Then the mayor decided to compile a list of material losses suffered by Warsaw.

— This job took, I think, six months or even a year, the result was a plump volume of documents. The Germans “turned tail” and refused all claims: it became clear that the Polish requirements are many times greater than German. To this should go. Don’t forget that Germany had managed to “buy” Israel has agreed to call in the world war participants are not “Germans” and “Nazis.” It was an agreement between Konrad Adenauer and David Ben-Gurion. Adenauer had planned that this process will take 50 years. This is one example of the German policy, which has always been fine and effective. Now all use the word “Nazis” as if by depriving of their nationality. Here are the “Polish concentration camps” — all this is the effect that German-Israeli contract. The contract has a specific price, Germany agreed to pay a huge amount.

— If to speak about the amount of compensation for Poland, in Your opinion, should be calculated in the billions?

— It would be a large amount, even if to speak only about property damage. How to evaluate human life? After so many years after the war it would be, frankly, a precedent, but, theoretically, the prospect to receive compensation looks real.

— With war reparations, a legal path can be a long?

— Of course, but remember one thing: Germany does not want to recall that the Nazis were actually Germans. For poles it may lose what it has achieved thanks to its historical politics. In this regard, Berlin might be easier to conclude any settlement agreement. In my opinion, the problem lies more in the political arena, although there are legal too. I think Poland needs to threaten the Germans with the process, trying to find the best form for us to resolve this situation. This topic is related to our national interests, as in the German-Polish relations remains an unsolved problem. In the Russian-Polish it exists too.

What does it mean?

— Should be something similar to the other side, which became the successor of the Soviet Union. Here is the desired sequence. In Europe there is Kaliningrad oblast, which is now a colony of Moscow. Perhaps at the site of the EU or the UN should raise the issue of demilitarization of the region, and perhaps even about his special status. In my opinion, from a historical point of view the least right to this territory — Russia, they are much more in Poland and even Germany.