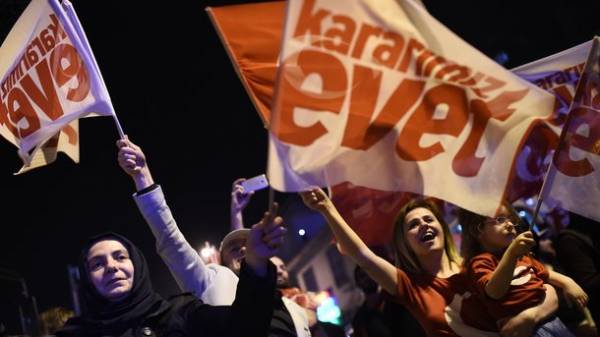 Supporters of the transition to a presidential system the leader on the referendum in Turkey, gaining, according to the Anadolu news Agency published preliminary data, 51.3% of votes after processing 98% of ballots with a turnout of 84%.

“The results of the vote at 37% of the polling stations we have objections, however, while not all of the results we processed, and the number of problem areas, the results of which we will appeal, can reach 60%,” – said Aksungur reporters.

He added that before the end of voting the Supreme electoral Council of Turkey has decided to consider as valid the ballots without the seal that opens the way for fraud in the referendum.

Earlier, Aksungur accused the Turkish authorities of manipulation during the vote.