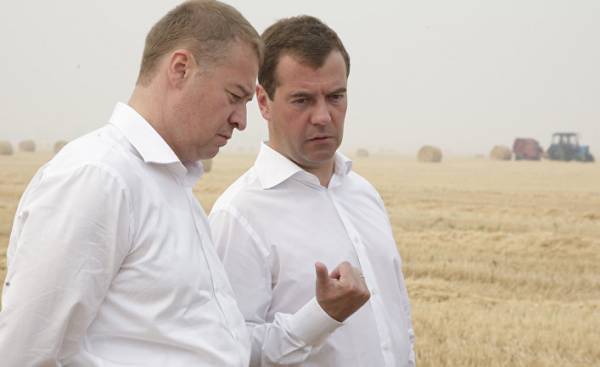 The arrest of the former head of Mari El Leonid Markelov has dropped out of total number of detentions of governors. “A new job” he actually promised President Vladimir Putin. The word of the head of state has always been the last resort, and Orient the entire vertical of power. Arguing with him is no risk. But now it turns out that after the words of the President can follow real cases that they directly contradict.

“Now we have a situation when the acting head of the Republic asks to use it on another work area. Leonid I. [Markelov] for 16 years in the Mari El Republic and would like to change their job” — so Vladimir Putin began his conversation with the new head of the Republic Alexander by Estifeev. If not this remark of the President, the arrest of Markelov for a bribe a week after the resignation would be a passing event. It has long been clear that the post of Governor of the region ceased to be honorary, and the head became a good target of the security forces. Just a week before Leonid Markelov imprisoned colleague from Udmurtia Alexander Soloviev. The Governor’s wave of arrests began in 2014 with the detention of the head of the Sakhalin region Alexander Khoroshavin and is still ongoing.

Leonid Markelov, the situation gets out of this total number. Arrested Alexander Khoroshavin, Vyacheslav Gaizer (Komi Republic), Nikita Belykh (Kirov) and Alexander Solovyov any guarantee from the President on the eve of detentions received. Some of them with the blessing of the head of state participated in the gubernatorial elections returned, but criminal proceedings were instituted thereafter with a lag of about a year: you never know what this time could happen. Press Secretary of the President Dmitry Peskov has always said — Putin is aware of the detention, the President reported. Many heads fell under criminal liability after the dismissal of the President for loss of confidence.

Markelov last week went peacefully, and even with the presidential announcement of the “new job”. The wording of the experienced and polite — so governors have already left (e.g. the former head of the Tula region Vladimir Gruzdev, a former head of the Yaroslavl region Sergey Yastrebov). Someone worthy of the position, some not, but the arresting officials did not fall. About the new job Markelov himself said: he admitted that he would like to work as a Senator, and the members of the legislative Assembly has already made him a free mandate for the transition to the Federation Council.

The word of Vladimir Putin — almost the backbone of Russia’s personnel policy, policy in General, and Economics too. The President promises not very generous, but if he publicly says, it takes (with the economy the situation is more complicated, but here will depend on Putin, not all). More secondary benchmarks guarantees the political future could be changed: the support of “United Russia”, the patronage of the entourage of the head of state, economic success and good relations with the people’s front — all of this comes and goes, but the President’s promise has served as a reliable beacon. It is believed, for example, that Dmitry Medvedev still retains the Premiership thanks to a conversation on fishing, which took place in 2011, when Vladimir Putin guaranteed him the Premiership until 2018, and the word holds to this day (although the temptation to sacrifice the Prime Minister appeared more than once).

Public support for the President was protected from the enemies of the highest-level figures much weaker than governors. It is no coincidence that officials are trying to enlist the support of the President, and better public — so their lobbying ideas guaranteed to be implemented. If the President and his opinions are not expressed, anything can happen. The power of the word has been used recently for a soothing session for governors: after the winter wave of resignations Putin met with all of the dismissed heads and thanked them for their work. A sympathetic conversation with the President was to demonstrate to regional leaders that the Kremlin still appreciate and respect.

After the story of Leonid Markelov is obvious that such a beacon, as public support of Vladimir Putin, the Russian elite now no. Moreover, the whole calming and motivating effect for governors (and other officials) from the winter meetings with retirees completely crossed. “If there is no God, then what am I then captain?” — can now exclaim any member of the vertical, and will be right.

Explanation of what happened may be two, and both for officials, politicians and businessmen are not very comforting. Either Vladimir Putin became too freely to dispose of his word, to play with them and spoke about a “new job” Markelov, knowing the case against him (which is unlikely). Or the security forces, in cooperation or in conflict with the political unit of the presidential Administration, conduct the game, which does not consider it necessary to inform the head of state. Both undermines the very idea of vertical in the first case it follows that from the rules of its existence refused at the top. The second assumes that the lower layers consider a set of unwritten laws is optional, and the “national leader” is transformed into a figure symbolic and nominal.

Interestingly, mild as it seemed, care Markelov yesterday looked kind of lesson from the Kremlin. Udmurt head Warbler to resign voluntarily took the time that was an arrest, and the head of the Mari El Republic did not resist and have hope for the future. But now the moral is: no matter what you do as work, willing to concede the center or not. Your fate depends on chance rules defined when it is not clear, it is not clear where and by whom is unclear.

The highest court, arbitrator, as he liked to call Vladimir Putin’s Pro-government commentators, not now. Adherents of the vertical, who firmly believes in its reliability, it is demoralizing. Confused officials will have to deal with disgruntled participants of social protest, local influential groups, and to administer the presidential elections in their regions. This is unlikely to work well with them. Including because they themselves can’t answer the question, what they protect, the extension of which mode support — reliable vertical and its guarantor or the war of all against all? If they decide that the correct answer is the latter, then most of them will fight on their side.