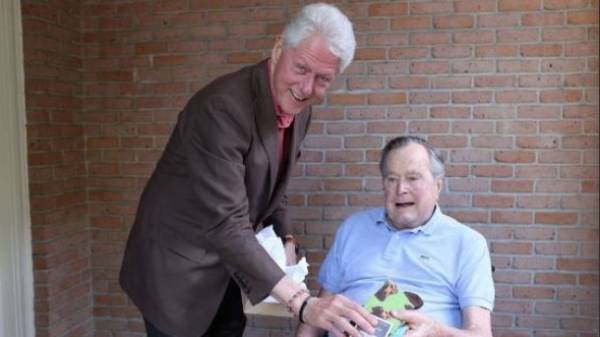 As reported by bill, he visited Bush and his wife in Houston. During a meeting of former U.S. presidents have talked about children, grandchildren, old and new times.

Great to spend time with @GeorgeHWBush & Mrs. Bush in Houston today. We caught up about kids, grandkids, old times and new times. And socks. pic.twitter.com/CshV6tI5Ae

It turns out that Bush Sr. long been collecting socks, especially bright and unusual, so Clinton presented him the next exhibits for the collection.