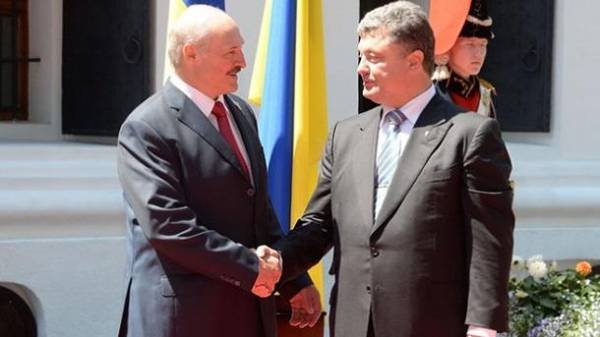 The meeting of the presidents of Ukraine and Belarus Poroshenko and Alexander Lukashenko are planned for the near future. It is reported by the Ukrainian Embassy in Belarus.

“On 30 March, Ambassador extraordinary and Plenipotentiary of Ukraine in the Republic of Belarus I. Kizim presented copies of his credentials to the Deputy foreign Minister of Belarus A. Yevdochenko. During the meeting, they discussed issues of strengthening of Belarusian-Ukrainian contacts at all levels. In particular, it focuses on the importance of training planned for the near future a meeting of the President of Ukraine Petro Poroshenko with President of Belarus Alexander Lukashenko”, – stated in the message.

As noted, special attention was paid to the issues of deepening bilateral trade and economic cooperation and growth of trade turnover between the countries.

Earlier it was reported that in Belarus started a new Ukrainian Ambassador.