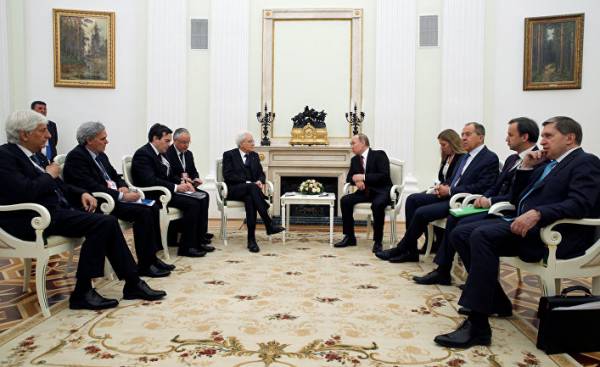 Moscow — the Difficulties prevailing in the international context, create tension in the bilateral relations between Russia and Italy, but did not lead to the break of the country retain their “deep friendship”. This relationship goes beyond the reduction of trade agreements after the sanctions imposed on Moscow over the war in Ukraine. Today, this partnership would not prevent “impulse” to bridge the gaps associated with the unions that formed in the current environment of complex international political obligations (as in the case of Syria). These words sound in Moscow during the negotiations of the President of the Republic, Sergio mattarella, the (Sergio Mattarella) with Vladimir Putin and Dmitry Medvedev. Because “the common interests” — is not only the economy and gas, but also a terrorist threat that must be fought by organizing cooperation of the police and coordinated the work of intelligence. Suffice it to recall the attack in the St. Petersburg metro.

Sergio Mattarella arrives to Moscow at the invitation of President Vladimir Putin on an official visit, which falls on the particular moment of international tension after the change the administration’s policies trump against Syria and mainly of its President Bashar al-Assad. The attack in Idlib province with the use of chemical weapons attributed to aviation Damascus, the inaction of the UN Security Council because of Russian veto and the subsequent launch of U.S. missiles against Syrian air base Shirt radically changed the scenario in which before the tragic murder of men, women and children in the village of Khan shaykhun the US is not envisaged as a priority the overthrow of Assad. However, the change in the position of trump against Syria would inevitably lead to a crisis already complicated relations with Russia, an ally of the regime of Damascus.

While gathered in Lucca, the foreign Ministers of the “Big seven” agreed on the need for a political solution to the Syrian question, which must engage Moscow, President of the Italian Republic goes to the Kremlin to insist on a line of dialogue with Russian partners, support in 2015. Given the international context, no one expects the format of “seven” turns into “eight”. Italy intends to implement its large-scale diplomatic mission, she is convinced that it is necessary to bet on dialogue and negotiation.

However, in Moscow, in a conversation with Putin Mattarella also voiced a particular requirement on Syria: “Unacceptable use of chemical weapons, we hope that Moscow will be able to use all its influence in this matter.” Italy, however, stands for “the principle of the affirmation of responsibility and are ready to fulfil their role both within Europe and in the UN Security Council”.

Putin objected, again criticizing the us bombing Syrian air bases. “First, you need to check the facts, and then make the right decision” — that is the dramatic formula that says the President of Russia. Further, he requires of the UN investigation on the use of chemical weapons in Idlib. But Putin warned: “we Have information from various sources that such provocations, but differently I can not name — prepared in other regions of Syria, including the southern suburbs of Damascus, where going to throw some substance and to accuse the Syrian official authorities”, that is Assad. In addition, according to Putin, the use of chemical weapons and blaming Assad “resemble events of 2003”, when Saddam Hussein’s Iraq was dealt a blow at the base where allegedly stored weapons of mass destruction, whose existence has never been proven. According to Putin, this led to “the destruction of the country, the growth of the terrorist threat and the emergence of the terrorist group “Islamic state” (declared a terrorist organization and banned in Russia — approx. ed.). That’s all we have seen.”

On the first day of his three-day visit the head of state meets with Russian Prime Minister Dmitry Medvedev. “We are committed to each of the parties common interest prevailed over hardships, says Mattarella Medvedev at the government reception House of the Russian Federation to find a solution and resume the expansion of all the huge potential of a long lasting friendship between Russia and Italy, Russia and the European Union. We have very intensive economic relations — again emphasizes Mattarella, for us Russia is a strategic partner, we hope that in the future our relations can only grow, even beyond playing an important role in the energy sector”.

The Russian Prime Minister in response expressed the readiness of Russia to improve relations with European countries: “Our relations with the European Union are going through a difficult point but we are ready to restore dynamics of relations with all States”. As for economic relations, “the trade turnover between Italy and Russia in the last three years has decreased in 2,5 times, — said Medvedev, — It happened for objective reasons, such as falling prices on a range of goods. And for subjective reasons: the authorities recently adopted EU restrictive measures (sanctions) do not contribute to the development of relations. We understand that there are certain obligations and everything to do with it, so let’s talk about existing Russian-Italian relations.”

Mattarella said this: “Russia and Italy have excellent relations, the evidence of numerous political contacts, economic and cultural cooperation, cooperation in scientific and technological sphere. It is a strong friendship that can withstand even the mentioned difficulties. For us Russia is a strategic partner, we hope that our relationship can continue to grow beyond the very important energy sector.”

Further Mattarella meets with President Vladimir Putin. The head of Italy again brings his condolences “in connection with the attack in Saint Petersburg, this terrible incident in your town that I know well. There should be closer cooperation and coordination of our forces, police and intelligence in the fight against terrorism, because together it is possible to resist much more productive”.

“Very happy to welcome you in the Moscow Kremlin, begins to talk to Putin. — Italy — our long-time and reliable partner. We are experiencing not the best times, but your visit and puts us in a positive way. I really hope that all the difficulties and misunderstanding be gradually eliminated, and we will enter the normal positive cooperation.” Like Medvedev, Putin recalls on the reduction of trade relations, but stressed that this trend has its positive side, because, as the President noted, beginning in 2017 “was marked by growth of more than 33%”.

“Despite the difficulties of this period, we have managed to maintain a good level of cooperation, — said Mattarella, now we will have to fully establish conditions for the prosperity of this collaboration.”

On April 12, is scheduled to meet the Mattarella with the Patriarch of Moscow and all Russia Kirill. Given the geopolitical context, the meeting with Putin plays a very important role, especially after the meeting of foreign Ministers of the countries “Big seven” in Lucca Secretary of state USA Rex Tillerson (Rex Tillerson) took the opportunity to offer to “replace” Assad, insisting that the main priority of Washington is to fight ISIS. Italy has always stressed that the crisis in the middle East it is impossible to understand in isolation from the dialogue with Russia. Recently, reminded the Prime Minister Paolo Gentiloni (Paolo Gentiloni): he said he understands the Foundation of the United States to conduct an air RAID on the Syrian base, but, in his view, conflict resolution should be sought by diplomatic means with the constructive participation of Moscow. 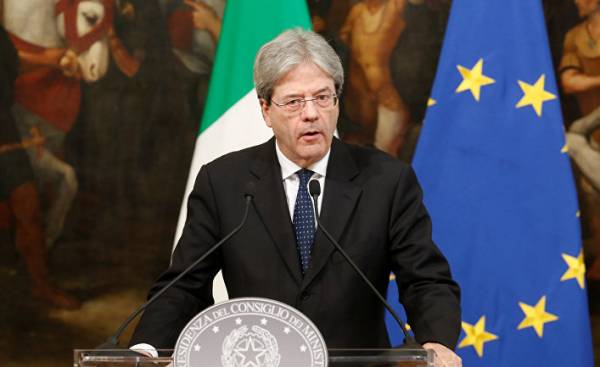 © REUTERS, Remo CasilliПредседатель of the Council of Ministers of Italy Paolo Gentiloni at the Palazzo Chigi in Rome

Another important topic in the talks with Putin Mattarella, relevant, obviously, Italy is Libya. “Italy considers that there is no military solution to the situation in Libya,” it requires a political decision — says the President of the Republic. “We expect a constructive approach from both sides, all sides in the issue of stabilization of the situation in the region.”

Russia takes active role, and now no one talks it is impossible to imagine without the participation of Moscow. Despite statements about the negotiations with all parties to the conflict, in fact, Russia supports the government of Tobruk, while Italy strongly contributes to the strengthening of the power of Faiz Saraga, which is recognized by the UN and signed an agreement aimed to stop the flow of migrants to Italy’s shores. Diplomatic sources in the past expressed dissatisfaction with the position of Rome, which “conducts a dialogue with only one party to the conflict”. 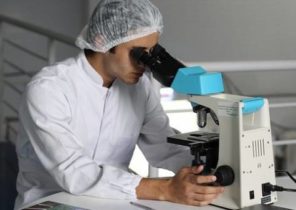