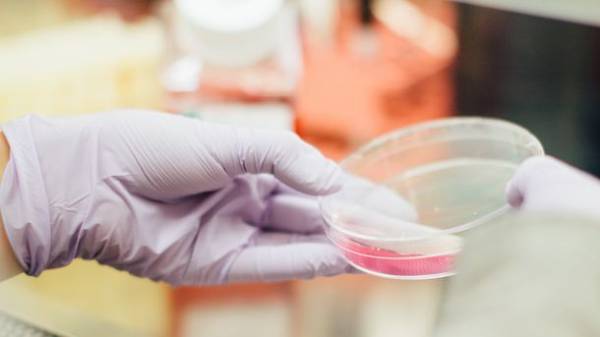 This year the Ukrainians will have to fight three strains of flu. One of them — “Michigan” — will visit the country for the first time. What are these diseases and how they protect themselves, found “Today”.

A NEW GUEST. Traditionally, the world health organization has predicted which strains of flu should be wary in 2017-2018. So, this time in Ukraine will be three mutations of the flu: “Hong Kong”, “Brisbane” and “Michigan”. “The first two are already familiar to Ukrainians, because many have developed immunity to them. But Michigan was coming to us almost for the first time”, — says head of Department of viral infections of the Institute of epidemiology of infectious diseases Alla Mironenko. According to the capital the doctor-the virologist Igor Buriak, the virus subtype A/H1N1, or “swine flu”, and its primary danger is in the complications and resistance to many antiviral drugs. Michigan does not respond to some common medications. But if it is not treated in time, complications arise that threaten fatal: pneumonia, meningitis, pulmonary edema” — told us virologist.

TO IDENTIFY AND TREAT. Alla Mironenko says that at risk. “Michigan” — people who are overweight and those who suffer from diabetes and asthma. Susceptible to new flu and the elderly. Main symptoms: high fever (38 degrees), weakness in the body and a feeling of heaviness in the chest. However, doctors note that the virus cannot be recognize by these signs, and therefore it is important to make laboratory analysis of blood. In addition, doctors warn against self-medication. “Some anti-viral drugs is contraindicated in “Michigan” and others can not act. Because if you suspect the flu better call a doctor, says Igor Buryak. — You need to be on bed rest, take prescribed medication, bring down the fever and drink plenty of fluids”.

VACCINES YET. Given that last year’s season of illnesses began in early October, many doctors expect the flu outbreak very soon, and the peak of the epidemic — after the New year. In the matter of prevention, doctors are unanimous: the best way not to get infected is to get vaccinated. However, with vaccines the problem. In the Ministry claim that Ukraine does not produce flu vaccines and not bought at the expense of the state budget, since they are not included in the vaccination calendar. While the statistics are disappointing: during the last epidemic season of influenza 31 people died, 7 of them children. It remains to rely on the pharmacy. According to Alla Mironenko, the vaccine will hit stores in early October. Last year one dose cost 170 UAH. “You can bring a purchased the drug to the clinic and receive the vaccination,” — said Mironenko. We called several pharmacies almost everywhere to the flu season has not yet started to prepare. Only one pharmacy, we promised to bring the vaccine for pre-order, but the price called difficult.

HOW NOT TO GET SICK. In order not to get infected with a dangerous disease, in addition to mandatory vaccination, doctors suggest to follow a few simple rules. Igor Buryak recommends to wash hands after visiting public places and as often as possible to do damp cleaning and to air the room — both at home and at work. “When entering the street you can lubricate the nasal mucosa oxolinic ointment, as well as by prescription make the immunomodulators that enhance the immune system,” said the doctor.